The Alt-Right Gets a Wedgie 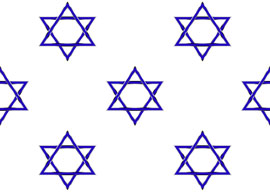 The 1990s witnessed the heyday of Palestinian bus, restaurant, and public-square bombings. What did that tactic do except create a generation of Jewish kids, many of whom grew up to become soldiers, bitterly carrying memories of the fear they lived in during the days when any public location could in an instant turn into a hellstorm of fire and shrapnel? Now, I”m sure at the time the notion of traumatizing the enemy seemed mighty appealing to the Palestinians. “We shall make them suffer as we do!” Hey, Ali, how”d that work out for you? Especially as you now have to deal with the brutal actions of Israeli soldiers who grew up during those years. Was visiting your trauma upon your foes a good plan, long-term?

In the 1980s, South African blacks, on advice from leftist whites (and, ironically, Jews) decided to take a very sound piece of advice: Stop committing terrorist acts against white South Africans. Don”t traumatize the folks who have to approve the dissolution of their own rule. Reserve your violence (like, say, those snazzy burning-tire “necklaces”) for the traitors in your own ranks. But to whites, be all Gandhi-like, be all “oh, heaven forbid, I”d never use violence in my quest for freedom,” and in no time at all, the name Mandela will become synonymous with Jesus. And it worked. Black South Africans got majority rule, and slowly but surely they”re getting the ethnic cleansing that their PR machine promised they didn”t seek.

Post”World War II (West) Germans took a smart approach to the problem of lost land and a refugee/expellee crisis ten times worse in terms of raw numbers than the Palestinian refugee/expellee crisis following the Arab-Israeli War: Take in the refugees, stop whining about the lost territories, and get on with your lives. Black South Africans took a smart approach to ending apartheid: Show discipline and control your bloodlust, and in the long run, you”ll get the revenge you seek. If Palestinians ever decide to wise up and seek a smart approach, good for them. But until then, I feel no desire to give them a hand. And all I can do is shake my head in puzzlement as white nationalists and alt-rightists, who always make such a huge deal about having no desire to rescue Third Worlders from the consequences of their own ignorance, rally to their aid.

To be sure, a lot of anti-Israel sentiment on the part of the more reasonable elements among the far right comes from a place of “Israel is a millstone around our neck regarding our relationship with the Muslim world, and Israeli lobbyists meddle too much in our foreign policy.” Granted. No argument from me. I”d never for a moment deny the influence of Zionist advocacy groups on U.S. foreign policy (and for the record, I”d be tickled pink if all foreign aid”to every country”disappeared tomorrow). But the conspiracy-minded on the far right tend to see “Zionism’s” hand in everything they hate. “My health insurance premiums just went up…fuckin” Zionists!” “The Supreme Court just approved gay marriage…fuckin” Zionists!” “The dang city won”t fix the potholes on my street…fuckin” Zionists!” Too many on the far right take anti-Zionism to ridiculous extremes. There’s also a tendency to assume that “all of our problems” with the Muslim world come from our support of Israel. That’s simply not true. A lot of the radicalization and destabilization that occurred in the Muslim world in the 20th century was the result of Cold War politics (Iran and Afghanistan, for example), oil, and European colonialism. Israel is and has been a factor, sure. And not a small one. But it’s hardly the only factor.

Overreaching and overarching conspiracy theories about “Zionist influence” might be comforting to those who want to see Israel as the octopussian world center of all that is evil, but don”t expect Trump to share that worldview. Those on the far right who managed to convince themselves that Trump was going to be an “anti-Zionist” president who would clean house of “Jewish influence” are beyond deluded. If they got a rude awakening last week as Trump cozied up to Netanyahu, it’s their own fault for getting lost in a fantasy world.

Building a wall? Banning Muslims? Kicking out unwanted immigrants? How can Trump not feel an affinity for Israel? And if they want to continue supporting their “emperor,” white nationalists and alt-righters will just have to bite the bagel and deal with it.