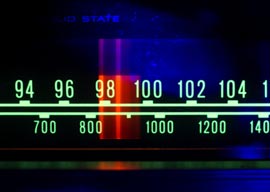 The Anthony Cumia Show cashed in on the First Amendment and quickly grew to become the Anthony Cumia Network. They were mirroring the business model of pioneers such as Adam Carolla, who built what he calls his own “pirate ship” where he hosts a number of shows and is beholden to no one. This is what’s happening now. Followers have been monetized and the infrastructure to reach them is cheap. Broadcasters can no longer lord over us their ability to get our message out. Artie Lange is doing it. Steven Crowder makes a fortune hosting videos and podcasts on his own website. The infrastructure barely dents his net. I”m told Joe Rogan gets over 11 million listeners to his podcast (he insists it’s more). A good night for Anderson Cooper is 120,000. The market can only sustain this kind of imbalance for so long. Geriatrics still watch TV, but 18″24s watch it 32% less than they did five years ago. This is because they”re online instead.

Just over a year after Anthony was fired, the Anthony Cumia Network has a studio in Manhattan that hosts four shows airing live Monday to Friday, including NYC Crime Report With Pat Dixon, Legion of Skanks, and my personal favorite, The Gavin McInnes Show. The network will take any show that is interesting and/or funny, but it refuses to hire anyone who has ever apologized. If I had rescinded my views on penis removal, for example, I would be out of a job. The great thing about working here is there are no rules. There is no HR, and evil white men are free to use the patriarchy at their disposal. We can be as racist, anti-Semitic, and sexist as we wanna be. I”ve had David Duke on to discuss his paleo diet with black comedian Chris Cotton. I also had Robert Spencer discuss Ahmed’s clock and the number of Muslim attacks that had nothing whatsoever to do with Israeli or American foreign policy. I forced a skull up porn star Mercedes Carrera’s ass using greenscreen trickery and had sober conversations with transsexuals such as Justine Tunney and Zoey Tur. Other guests include Jimmy Kimmel, Adam Carolla, John Lott, Milo Yiannopoulos, Jim Goad, Charles C. Johnson, Steven Crowder, Tom Shillue, Peter Brimelow, Ramz Paul, Cat Marnell, Roosh V, and Ben Shapiro. R.A. the Rugged Man debated Jared Taylor about eugenics and I defended the merits of black culture with Pastor Manning (he said, “What you”re talking about is soul. We need to get rid of soul”). There are no limits to the guests. Anthony’s least favorite person on earth is his ex-wife and yesterday he gave me directions to help track her down so I can get her on my show (Sirius isn”t as welcoming and has banned me from their shows since the “torpid sloth” comment). Our other shows are equally free. When discussing the physics of rape on Legion of Skanks, I challenged host Luis J. Gomez to rape me. He couldn”t. Yes, there are adult-film stars on the shows, but they have a great time and Anthony will have feminists such as Women Aren”t Funny director Bonnie McFarlane on (she thinks they are). Sirius was hoping for pariah status, but Cumia regularly has the likes of Colin Quinn, Artie Lange, Chris Hanson, Ann Coulter, Alex Jones, Bob Saget, Brian Regan, and even Jim Norton of the Opie With Jim Norton show, which is what Opie & Anthony became after he left (the torpid sloth has yet to make an appearance).

This is what happens when the patriarchs are allowed to run free”nothing. They don”t attack blacks or Jews or treat women as second-class citizens. Piggy doesn”t get his brains smashed against the rocks when he grabs the conch shell. He says his piece and the conch shell is passed to the next person. We don”t harass or humiliate anyone. That’s boring. Instead, we focus on stimulating conversation and having a good time. That’s what we”d all do if our strings were cut. If you removed sexual-harassment laws and all HR departments in the country, you wouldn”t have anarchy. You”d have harmony. This is because, as we all suspected, the arbiters of political correctness aren”t rescuing the oppressed from our evil ways. They”re preventing everyone from having a good time and getting the job done. Mainstream broadcasters tried to shelf free speech, but they ended up shelving themselves in the process. What a bunch of fucking fags.