The “Coffin Case” and the Joys of Hating White Afrikaners 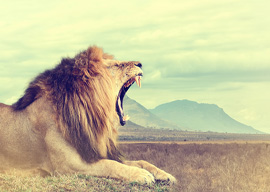 Ironically, north of the Limpopo in Zimbabwe, the economic catastrophe that followed the ethnic cleansing of 4,000 white farmers by “liberation war veterans” has a recent twist in the tale. War Veterans leader Chris Mutsvangwa, who played a pivotal and violent role in the purge, has called for the return of those he helped force into exile. “We want [the Rhodesians] to be part of the next governance…. This country has been run on a scorched-earth policy…. We want it to recover,” he was quoted as saying.

Tragically, it seems no change in attitude or reportage is in sight for South Africa. With the lying “mainstream media” driving the conversation, the moral of the story is, no matter what the collateral damage might be, when all else fails, find a white man; preferably an Afrikaner, and even better, one or two with big beer bellies (Theo Bronkhorst of “Cecil the Lion” infamy was another perfect target) and the pugnacious sheen of the hated “Boer” and clap him in irons, arraign him, humiliate him, and then throw him in the dungeon and suddenly, like a national narcotic, all seems swell again.