The Consolations of Ugliness 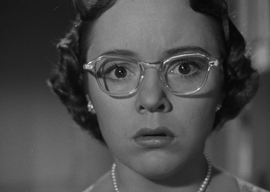 Most women my age—I’m now 47—complain of suddenly becoming “invisible” to rubbernecking men on the street. Their youth and beauty gone, they’ve lost their power.

I was always invisible. That was my power.

And when people—male and female—notice me at all, they tend to assume I’m smarter, wittier, and more competent than I really am, assumptions that pay decent professional dividends.

All this contradicts those semi-annual “studies” on physical attractiveness, financial success, and personal happiness. They’re pretty much interchangeable, but here’s the latest:

It pays to be good looking. Roughly $230,000 U.S. to be exact, according to University of Texas-Austin economics professor Daniel Hamermesh.
Dr. Hamermesh’s new book Beauty Pays, which draws upon his own research and a collection of international studies, determines that attractive people, on average, earn more money, are likely to be happier, get bank loans with lower interest rates, and marry good-looking, highly educated spouses.…

Skeptics counter that these studies are worthless because beauty is subjective and what constitutes “attractiveness” is culturally conditioned rather than universal. However, those statements cancel each other out. Surely each culture’s standards of beauty, however exotic, are as exacting and quantifiable, to the millimeter, as our own, or they wouldn’t be “standards” at all?

(We may know less about those “exotic standards” than we think we do. The next time some sophomore scolds you that the Venus of Willendorf proves men used to love fat chicks, inform them that many figurines treasured as feminist talismans were unearthed in what would have been the noble-savage garbage dump.)

Please don’t mistake my jokey pragmatism for indifference. Plain women share a shameful secret: We’re terribly vain. I sheepishly sprang for invisible braces and Lasik eye surgery a few years ago and went from looking like Flannery O’Connor to Hillary Clinton. A lateral move at best.

In his selection of “prejudices that still show up in every movie,” J. F. Sargent includes, “Only the pretty girls are allowed to live.” All those studies about beauty’s benefits suggest the same thing. Muddling through life without the coveted blessing of either Hollywood or “science” isn’t always easy or pleasant, but being invisible helps.