The Cult of Microaggressions 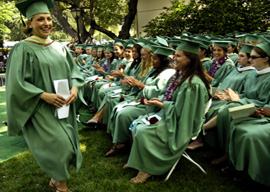 In contrast, the real-life alternative to microaggression is not nonaggression, it’s sputtering rage. Consider the talk page behind the party line Wikipedia entry on microaggression. A skeptic asks:

Could it be that some people, dare I say blacks or Hispanics, might be more than a little hypersensitive?

You clearly cannot understand what the article is talking about. Has none of it resonated with your stupid brain? Do you know nothing about history? Are you blind?

You might think that’s pretty funny, but you aren’t supposed to think anything at all. Screaming about microaggressions is a privilege only for the officially unprivileged, or as the Smith College definition concludes, microaggressions can only be committed against “people of non-dominant identities.”

If you see or hear racist, heterosexist/homophobic, anti-Semitic, classist, ableist, sexist/cissexist speech etc., please submit it to us so that we may demonstrate that these acts are not simply isolated incidents, but rather part of structural inequalities.

The cult of microaggressions is not something that either sex could have developed wholly on its own.

Granted, the role of women is readily apparent in the obsession with propriety, with feelings over logic, and the dislike of impersonal principles. Yet on their own, women are less interested in logic, which makes their likes and dislikes more idiosyncratic. A woman can only be pregnant by one man at a time, so women normally put a huge amount of effort into thinking about individuals.

In contrast, these long, airless lists of identity-politics categories appeal to the Aspergery male systemizing mind more than to the female empathizing mind (to use Simon Baron-Cohen’s terminology).

The more alarming problem for the culture, though, is that identity politics” enthronement of female subjectivity serves as an excuse for males to do what comes naturally: form teams, companies, gangs, or armies and do battle with other men. As Lenin, that exemplar of masculine mentality at its most toxic, liked to say, the central question is always: “Who? Whom?”

This male urge is the most constructive and destructive force in the social universe. So wise societies have restrained it and channeled it by appealing, in the name of sportsmanship and justice, to the male penchant for objectivity and logic.

Indeed, the idea that 21st-century politics is brewed from the worst of the two sexes may help explain the peculiar appeal of microaggression theory to lesbians and the non-cisgendered.