The Cynosure of Rightwing Hopes 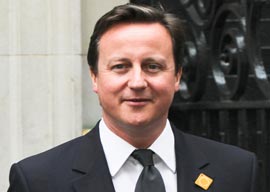 The long-promised in/out referendum on EU membership, which will happen in 2017, will be consequential. Although Cameron would probably rather not have this vote at all, the slenderness of his majority means that Eurosceptical backbenchers should be able to keep the policy on track. The outcome of the referendum will depend largely on whether the government can deliver major EU reforms, such as restrictions on freedom of movement, cutting bureaucracy, and opting out of the Human Rights Act – also how strongly it resists EU plans to resettle thousands of unwanted Mediterranean migrants here.

Then there is the small matter of somehow making another £12 billion in welfare savings – a highly ambitious undertaking which remained creatively uncosted during the campaign, perhaps because Cameron did not believe he would win.

And there are yet other commitments, all or most of which will feature in this month’s Queen’s Speech – shutting down Islamist websites and organisations, a right-to-buy scheme for public housing tenants, redrawing of constituency boundaries, boosting selective education, building more schools, allowing a free vote on fox-hunting, expanding free childcare, and an extra £8 billion per year for the NHS by 2020. All in all, it promises to be a full and fascinating five years.