The Dirty Old Man and the IMF 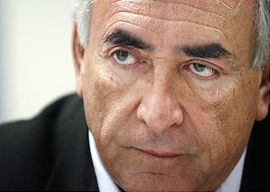 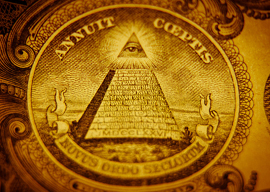 All would contribute funds in their own currency to the IMF. America would make the largest contribution. As its birthday gift, Uncle Sam gave the IMF 103 million ounces of gold.

When member nations faced balance-of-payments problems and had to devalue, the IMF would tide them over with bridge loans. The loans would be repaid as the troubled nations’ reduced exchange rate led to rising exports and reduced imports.

The system worked until 1971, when through a series of guns-and-butter budgets during Vietnam, the world acquired an immense pile of excess dollars. The British decided to cash in several billion for U.S. gold.

No way, said President Nixon. He slammed the gold window shut, cut the dollar loose and let it float against the world’s currencies. The Bretton Woods system of fixed exchange rates was dead. And the IMF, established to maintain it, should have died with it.

It did not, for as Ronald Reagan reminded us, the closest we come to eternal life on this earth is a government program.

For 40 years, the IMF has soldiered on, backed by both parties, plying its new trade—endless transfers of U.S. and Western wealth to bail out failing non-Western and anti-Western nations.

Under DSK, the IMF took on a new role that enchanted Europe.

It joined with the European Central Bank to provide hundreds of billions to bail out Greece, Ireland and Portugal, so these nations would not default on their debts and bring down the European banks that are stuffed full of Greek, Irish and Portuguese bonds.

This is why the socialist Strauss-Kahn was a hero in the capitals of Europe. He was their agent in our capital.

Consider the winners and losers of this globalist racket.

The people of Greece, Ireland and Portugal endure austerity and recession for years, while the European banks are assured 100 cents on the dollar for their bonds. And the deal-makers like DSK are put up at $3,000-a-night hotel rooms, fly first class and get tax-free salaries larger than those of the president of the United States, courtesy of the U.S. taxpayer.

Saturday at the Sofitel, we saw up-close the sense of arrogance and entitlement such privilege induces in our global elite.

Time to shut down the IMF and get back what’s left of our gold.