The Far East Rises in the West 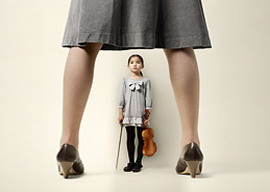 In California, 40 semifinalists are named “Lee,” which could be Chinese, Korean, white, or black. Rec1man assumes they are all East Asian, which can”t be far off: “Smith” and “Jones” are more common among white and black Americans than “Lee,” but they account for only one California semifinalist.

Another conundrum lies in distinguishing Spanish-surnamed Filipinos from Latinos. Overall, though, that’s insignificant because there are only a few dozen Spanish-surnamed California semifinalists. In general, the state’s Filipinos score about as well as whites on various tests, although they lack the math turbocharging seen among other East Asians.

The Northeast Asians and Indians dominate the semifinalist ranks so thoroughly that other groups are pushed into statistical insignificance. For example, California has a sizable and prosperous Armenian community, but only four kids whose names end with “-ian” or “-yan” qualified. In contrast, there are 40 Korean “Kims.”

Interestingly, in California, whites average slightly higher than Asians on the high-stakes SAT. Perhaps whites see little incentive to study for the low-stakes PSAT unless they hope to score in the top few percentiles, while the Tiger Moms see the PSAT as an important checkpoint in a multi-year ordeal of SAT prep.

One reason for Asian dominance in public-school testing could be that upscale whites often pony up for private schools, while Asians tend to congregate at a handful of taxpayer-supported schools in Silicon Valley, Orange County, and the San Gabriel Valley.

Together, the National Merit lists and the mandatory STAR/CST tests of all public-school students cast useful light on the emerging competition between Chinese and Indians.

Rec1man observes that in top California suburbs such as Santa Clara County, Indians score about as well as the Chinese. Statewide, the Chinese are ahead, although both groups are well in front of whites.

Much like back home in Asia, Chinese performance appears to be more consistent, while Indians are divided by caste. Although only a tiny fraction of India’s population is South Indian Brahmin, Rec1man estimates from surnames that over half of California’s Indian semifinalists are from this caste.

Two major questions remain: Do these outsized Asian elite scores represent higher intelligence, better work ethic, more conniving test preparation, or some combination of all three? And if innate intelligence proves to be a factor, how long will policymakers be able to continue denying it?