The Frack Strikes Back 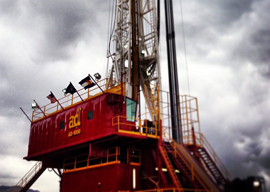 I then called Phelim, and he took umbrage with the term confrontational: “The Tribeca Film Festival is charging a journalist with trespassing when all she was doing was asking questions.” He agrees it’s the anti-frackers who are the disruptive ones. “Gasland has virtually no history of disruption, but there is plenty at FrackNation screenings.” Phelim says he isn”t surprised Fox made a sequel. “It was a wildly successful documentary,” he concedes. “It makes sense he”d want to make a sequel.” Phelim says he was still surprised to see the film’s actual content. “I thought it would confront the holes in the first one, but it just moved on. He didn”t even mention the breast-cancer scare. What happened to that?” When I asked Phelim if all this celebrity outrage was really only politics as fashion, he said the whole fracking debate “isn”t really about fracking. It’s ultimately about anti-Americanism.”

A generation ago, only dull-minded dads were interested in the subject of mining techniques. Now that everyone is invited to every debate no matter what their qualifications we have teens, soccer moms, comedians, musicians, artists, and Hollywood actors giving their two cents. It should come as no surprise they avoid nuance and prefer fairy tales. Gas companies profit from fracking and the water looks weird in Pennsylvania; ergo, fracking is evil. That’s how it works when you”re a fucking baby.

This naivetÃ© extends to a good 50% of America’s voter base. It’s difficult to quantify how many guns discourage crime, but reading about a toddler who accidentally shot a baby in the head is much likelier to inflame the masses. Counting the number of illegals in this country would take forever, so let’s just go with a heart-tugging story about an impoverished family who came here for a better life in the middle of the night while wrapped in handmade blankets. America’s K-12 spending has ballooned to $600 billion a year without improving test scores, yet Matt Damon says we need to spend more. When Muslims attack us we’re told they’re “lone wolves,” yet if polls show that around 25% of the world’s 1.6 billion Muslims say they think suicide bombing is sometimes or often justified, we”re xenophobic for even mentioning it. When stories of third-term abortions or fake rape charges or racism hoaxes emerge, they”re also ignored. The feel-good universe is simple: Our president is black, America is racist, there is a war on women, children are getting shot, and oil companies are out to get us. That doesn”t make me feel good at all.

What makes me feel good is the truth, no matter how inconvenient.