The Futility of Dissidence 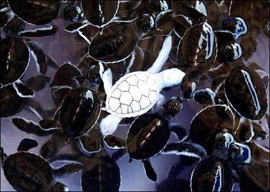 I’ve spent considerable time among dissidents, either imaginatively or actually. In the 1970s I was a keen reader of dissident Soviet literature: Amalrik, Dyadkin, Zinoviev, Bukovsky, and of course Solzhenitsyn. In the 1980s I got to know some Chinese dissidents in person.

All dissidents share an overdeveloped respect for the Taylorian virtues as listed above. Some dissidents undeniably have a specific ideological or religious ax to grind, but most are, by dint of personality, members of the Awkward Squad, unwilling to go along with the prevailing taboo structure. Among the Soviet dissidents, Vladimir Bukovsky is a particularly pure specimen. He had no program or agenda, only a stubborn unwillingness to say that two plus two equals five.

A dissident’s career is beset by two tragedies: a lesser one and a greater one.

The lesser one is that he will be despised, or at best disliked, by the great mass of his fellow countrymen. It is always tempting to think that taboos are imposed from above, by trickery or force, on people who would shrug them off if they could. There is an element of that, especially in unfree societies, but for the most part societies self-police their own chosen taboos. People like having taboos. By collapsing complex issues into simple moral formulas, taboos spare us from having to think. Thought is much harder work than feeling.

The greater tragedy is that dissidence is futile. It rarely accomplishes anything. The dissident’s dream is that one day the great mass of people will come to see things his way. That practically never happens. The USSR is gone, but there is no respect in which its replacement is Amalrikian or Bukovskian. This applies even in the case of a dissident of world-historical stature such as Solzhenitsyn. Would things in Russia be any different today if Solzhenitsyn had perished from a sniper’s round in WWII? I can’t see it.

The USSR was brought down by impersonal historical and economic forces, not by dissidents. Stalin murdered dissidents out of hand. His successors sent them to remote camps. Then, from the early 1970s on, they simply expelled them. China has followed the same path with its dissidents:

There is something inescapably melancholy about them, about their condition….Nobody is much interested in them, or in what they have to say. They eke out a thin existence on the fringes of American life, writing occasional pieces for western newspapers, addressing ill-attended meetings in draughty provincial college auditoriums, doing some ill-paid work for one of the dissident organizations, or”in one case I know of”selling insurance in Chinatown. The words “shabby” and “Ã©migrÃ©” go irresistibly together. It would almost have been kinder for the communists to shoot them, if kindness were a thing communists are into.

We don’t shoot our dissidents, nor even exile them or send them to camps. But in other respects their careers parallel those of their spiritual kin living under sterner regimes: ignored by power-seekers, denounced by those who toady to power, swatted down contemptuously by power-holders, disliked by the taboo-upholding generality, and doomed to failure and oblivion unless, by very occasional blind luck, history in its onward march finds itself in step with them.

I still like and admire dissidents. I honor their cussedness, integrity, and courage. I can never stir myself to join them, though. Cowardice? By all means, you can think so. I view it as “insufficiently masochistic.”