The Future of Black America 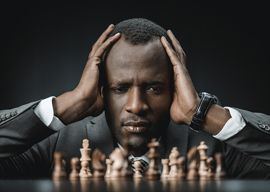 So, for various reasons, whites seem to be moving toward a dangerous state of affairs with respect to blacks. The white progressive intellectual class is committed to propagating the very resentment that, if there ever is a race war, will surely be its source. Like sulking children in the schoolyard, white progressive intellectuals don’t want to move on from history. They’d rather walk around with their heads bowed low, crying “I’m sorry, sir” all day long. Far from commanding respect and inspiring a just disposition, the message they are sending to blacks is: “I am weak—take what is mine.” (And so it is also, of course, when it comes to the white progressive intellectual class and the jihadists.) It is exceedingly naive to assume that a people whose history constitutes an affront to their pride will respond to your generosity (i.e., the welfare state that is largely funded by white men) and never-ending guilt with a sense of fairness and goodwill. The converse is far more likely.

“In South Africa,” my friend Ilana Mercer notes, “we find a criminal class, born into freedom after 1994, that burns with white-hot hatred for whites.” The reason is that “South Africa—with its space program and skyscrapers—was not the product of the people currently dismantling it. Rather, it was the creation of British and Dutch settlers and their descendants.” It follows that “for what they’ve achieved and acquired—and for the original sins of apartheid in South Africa; slavery in America—whites are the objects of envy and racial enmity.”

In an apt comparison, Mercer counsels us not to believe “the American ruling Idiocracy, that minorities in the U.S.—soon to form a majority—will relinquish race and tribe as unifying principles, in favor of the U.S.’s constitutional design.” After all, “like South Africa, America is a creation of (northwest) European settlers. And it is in Man’s nature [as we see from Professor Yankah] to dislike those who are unlike him—all the more so when they, as a group, have accomplished what he has not.”

For where there is no bond of kinship or of community—and so, no sympathy or loyalty—other people are essentially perceived as competitors. The reason is that in this world anxious need and poverty are our natural condition. Therefore, people who are not with us understandably appear to be against us. Progressive white intellectuals, largely sons and daughters of wealth who have never wanted for anything, cant about tolerance and diversity and the like fashionable idols in a manner that could not be more contrary to our egotistical human nature.

Mercer also touches on what I have referred to as human nature’s difficult need for esteem. Man is the esteem-needing animal. He is determined by his desire to matter in the eyes of others, because it is only by comparison to them that he can embody merit in the social sphere. Yet this competition is a source of fierce envy. Today, the nonwhite peoples of the world are more and more like the hungry young boxer who burns with envy at the sight of the lazy and flabby old champion. The former used to be great. Then he got rich, his ego grew inflated, and decadent habits—needless guilty and excessive pity—corrupted him, causing his elite skill and courage to become diminished. Now what? His own people seek to engender his demise, a madness that they call virtue. Who shall stop them? Shall America become like South Africa, where whites are routinely slaughtered because they are white? Can it ever become what it should be, a color-blind meritocracy?

The stakes are grave, and those who have much to lose—namely, the wealthy—shall be the most timid and cowardly. Therefore, it falls to the ordinary man to both preserve and improve his nation, the same man who has long suffered because of the conceited ignorance of the white progressive intellectual class and the black resenters who find them so appealing.