The Ghost of Tina Kerbrat 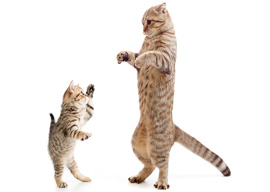 Along with spinning, the left also employed deflection, courtesy of a bigmouthed Republican prone to indelicate remarks. Then”L.A. police chief Daryl Gates, a man whose name was not exactly synonymous with “milquetoast,” called Amaya “an asshole” and “an El Salvadoran drunk”a drunk who doesn”t belong here,” adding that the case was “another failure of our immigration service, [which] doesn”t pay much attention to those who are here, who ought not to be here.” Here was the distraction the left needed! With lightning speed, Gates” “racist” remarks became the lead story in every major paper, as “civil rights” and pro-immigration groups lined up alongside every Democrat politician in California to denounce them.

To be fair, Gates” description of Amaya was arguably the least offensive thing the guy ever said (compared with his claim that blacks are genetically prone to dying in choke holds, and his declaration that casual drug users “ought to be taken out and shot”). And Gates certainly stood firm. When Melanie Lomax, the black “community leader” and L.A. police commissioner, claimed it was “racist” and “inflammatory” to bring up Amaya’s status and nationality, Gates responded, quite correctly, “He was drunk and he was Salvadoran. I have no regrets for having made that statement.”

Gates was, of course, correct. But it didn”t matter. His words knocked the controversy over the failure to deport Amaya right off the front pages, and it put Republicans, who in theory could have scored some decent victories off the back of the Kerbrat case, on the defensive. The left played this one exceptionally well. Promise that step 1 will never lead to the dreaded step 2, and use the indelicate words of a GOP blowhard to make the issue about race, not safety. Then just wait for the public to become comfortable enough with step 1 to allow you to proceed to the step you swore was not going to be your next move.

This game plan works in part because the left can always count on the fact that, in any major public controversy, some GOP of note will either say something stupid, or say a reasonable thing stupidly. Because “real” Republicans are all about being balls-out fearless warriors whose bravery is measured by the loudness of their battle cry as opposed to, you know, actual victories. While meanwhile, the left is busy winning victories the slow and steady way.

Following Officer Kerbrat’s tragic and preventable death, things got much, much worse in California regarding deportation stays and lax enforcement. And Chief Daryl Gates, a man who many on the right defended because he was so edgy and in-your-face, so unapologetic and uncensored, so unafraid of consequences, ended up leaving office in disgrace, blamed by many (predominantly white and Asian) Angelenos for having, due to incompetence or worse, allowed the Rodney King riot to become the catastrophe it did, by ordering police to pull out of the initial trouble spot, and by leaving his command post at the riot’s start to attend a Brentwood fund-raiser.

One could argue that it’s risky to support a political figure primarily because he “says what’s on his mind, damn the consequences.” After all, someone who lacks discernment and impulse control when it comes to words might also end up exhibiting poor judgment in other, more significant areas. Daryl Gates was a Republican who spoke a fair amount of common sense on the issue of immigration enforcement, but he ended up harming his own cause because he couldn”t stop himself from saying wild and indelicate things that continually overshadowed his message.

Not that this has any significance in September 2016. None at all.

Next week, I”ll try to write about something more relevant to the moment.