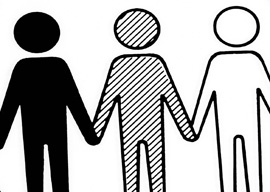 Some teaching staff, students, and parents come from communities that are being targeted.

And so on, for over 140 pages. The trouble is, those post-9/11 “backlash” attacks against Muslims mostly turned out to be faux “hate crimes” staged by Muslims themselves.

Meanwhile, the smug anti-Americanism for which Canadian “progressives” are famous is never far below 9/11 and Beyond’s surface:

This document was prepared for publication during the American-led war against Iraq….Several peace and anti-war Web sites are listed in the Resources section at the end of this document.

The two most cited “Resources” are the Canadian Broadcasting Corporation’s online archives and reports prepared by Human Rights Watch. Canadians still cringe at the memory of the CBC’s “America asked for it” town-hall broadcast on the evening of the attacks. As for Human Rights Watch (the “Helsinki Watch” of happier times), it received $100 million in 2010 from George Soros and, among other things, opposes laws preventing convicted sex offenders from living near schools.

The unearthing of 9/11 and Beyond emboldened one citizen to do something rarely witnessed up here: talk like a normal person on national television.

Brian Lilley, who hosts Byline on Sun TV, devoted his opening remarks to Toronto’s inside-out version of a “whites only” school system. Denouncing those responsible as “professional race hucksters,” Lilley looked calmly into the camera and asked:

Have you ever asked people from the Bahamas about Jamaicans, or someone from China about Koreans? Ask the Cree about the Blackfoot Nation, or the Dene about the Inuit, and see what kind of reaction you get. And ask just about anyone who’s ever visited Japan about the views on race in that country.

Lilley wasn’t shot to death à la Network. Nobody’s TV melted. The studio didn’t implode. Neither, alas, did the teetering edifice called “Canadian Values” that our betters assure us is the only thing keeping us from turning into…America. (Boo!)

But still. It was something.

Lilley also reminded viewers of the ultimate irony: that Toronto is “a city in which visible minorities are, in fact, the majority.” Indeed, according to StatsCan, whites will be Toronto’s new “visible minority” by 2031.

So 9/11 and Beyond teaches children to loathe an imaginary past, fear an upside-down version of the present, and prepare for a future that will never arrive.

But if it makes anyone feel any better, rest assured that the Toronto District School Board’s “apple slice” logo’s resemblance to a star and crescent really is just an amazing coincidence.