The Reign of John Bercow 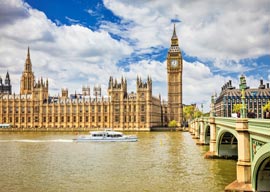 Hague unfortunately omitted to inform some Tory backbenchers, who also often had private reasons for disliking Cameron. Twenty-three – mostly Rightwingers – rebelled, voting against their own side to aid a Speaker who detests their views. Labour rushed MPs back to vote while Bercow kept the House busy, MPs popping up obligingly with points of order and outrage. Tory Charles Walker told the chamber in cracking voice,

He was maintaining at least one Tory tradition.

And so the impassioned idiocy continued, as Labour dressed up self-interest in morality, Lib Dems demonstrated how much kinder they are than their Coalition allies, and a Tory cohort voted against their own long-term interests out of pride or punctilio.

As the result was announced, the Squeaker almost squirted before giving the 202 MPs who had sought to topple him a “death stare”, and Labour erupted in unreproved applause. William Hague, ex Leader, ex Great Right Hope, grinned ruefully at the failure of his final failed scheme, and walked out towards the Chiltern Hundreds, stopping (as custom demands) to shake the hand of the Speaker. The sweaty House emptied as MPs left for their constituencies, many never to return, all speaking (and squeaking) suspended until May. The Speaker stumped the few hundred yards back to his residence, doubtless already plotting revenge. Revenge on Conservatives – and conservatism.