The Religion Card Is Turned Face Up 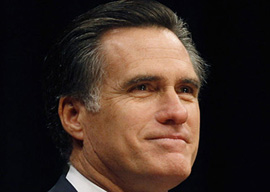 The view that Mormonism is a “theological cult” is not “bigotry,” said Jeffress, but the official position of the Southern Baptist Convention, the nation’s largest Protestant denomination and, after Catholicism, the largest denomination in the United States.

Why is Mormonism a cult?

Because, Jeffress explained, whereas Christ, God himself, is the founder of Christianity, Joseph Smith, a 19th-century American, was the father of Mormonism. And the Book of Mormon is not biblical revelation.

The political problem arises with the word cult. To most of us, it conjures up the Rev. Jim Jones ordering up the Kool-Aid in his Jonestown encampment or Branch Davidians burning to death in Waco.

Mormonism, however, is America’s fourth-largest religion and among its fastest-growing ones. In the leadership of the nation it is well-represented. If one judges a religious faith by the precept of Christ himself—“By their fruits shall ye know them”—it has produced more than its share of healthy and happy children and families and good and productive citizens.

The Romneys appear to be the very model of an American family.

Nevertheless, politically, this is no minor matter.

Herman Cain, rising star in the GOP firmament, has said Romney cannot be elected, as his Mormonism would kill him in the South. Pressed Sunday on what Pastor Jeffress had said, Cain said, “I am not going to do an analysis of Mormonism versus Christianity.”

Romney’s faith may be the reason—though he is far out in front in New Hampshire—he has been unable to expand his Southern base.

In the candidates poll at the Values Voter Summit, Romney ran sixth with just 4 percent, while Ron Paul got 37 percent, Cain got 23 percent and Perry and Michele Bachmann each got 8 percent.

With the Iowa caucuses three months off and Romney’s being the man to beat, Mitt is likely to replace Perry as the “pinata” in the debates.

Social and moral issues—such as gay rights and abortion, where Romney’s views have evolved since he ran against Teddy Kennedy—seem certain to emerge as surrogates for the religious question.

In 2007, Romney gave an eloquent defense of his faith and the values by which he has lived his life. Today he would prefer to keep focused on his business acumen and how to create jobs in a private sector that employs 85 percent of Americans, where his credentials are matched only by Cain’s.

It is a good bet Mitt’s rivals are not going to accommodate him.