The Second Revolution in Menswear 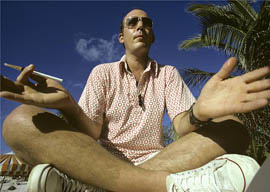 The dull truth is that these kinds of arguments are inevitably inconclusive. There’s always something evolving rapidly and something else that has stalled.

Compare pop music to video games. In 1979, I was listening to rap and playing Space Invaders. Kids these days are still listening to rap, but video games have improved unfathomably. Then again, shooting aliens is still a huge fraction of gameplay, so the more things change, the more they stay the same.

But some fashion changes seem permanent. A couple of centuries ago the Regency dandy Beau Brummell established the norm of understatement in male attire—the notion that gentlemen shouldn’t try to outshine the ladies for attention. “If people turn to look at you in the street, you are not well dressed…,” he arbitrated.

A second revolution in menswear now seems more or less conclusive: the decline in formality usually traced back to the 1960s. As I write this, I’m sitting in a public building’s lobby comfortably dressed in jeans, some kind of vaguely Hawaiian shirt, sneakers, and three days’ beard growth. By any objective standard, I look awful, but then so does everybody else, so it hardly matters to me. Brummell would be appalled that most men I know just put on whatever their wives buy them at Costco, but we’re merely extending his logic.

Why do middle-class men feel confident dressing as slobs today? Their grandfathers would have been anxious that merchants would snub them as bad credit risks if they went about their errands dressed like California Gold Rush prospectors. Why aren’t we?

Because we have credit cards.

Americans always dressed less formally than Europeans, but our ancestors worried about looking respectable. Because of the country’s sprawling size, American commercial life was peculiarly vulnerable to traveling con men. Judging a man by how spiffily he dressed still left businesses susceptible to the occasional natty fraud like Professor Harold Hill in The Music Man, but most criminals can’t be bothered with routine aesthetic upkeep.

Today, though, if a guest trashes his hotel room, it just goes on his Visa card. As Hunter S. Thompson discovered to his delight in Las Vegas in 1971, the modern credit system had made his paranoia about impressing desk clerks obsolete.

Because sartorial standards of respectability have diminished, so has the need for middle-aged men to keep up with fashion. Are ties skinny or wide these days? Beats me. I would imagine that they are mutating as rapidly as ever, but unlike Kurt Andersen, I realize I’m too old to care.