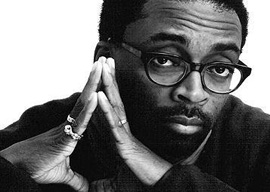 What about white liberals? While “sanctity” didn”t mean much to J. S. Mill, is his thought the best guide to understanding the vast outpouring of rage and shock that the Derb’s advice to his kids about how to keep safe has elicited? Instead, Derbyshire is being punished for blasphemy, for articulating the secret heresies to which Americans are prey.

Haidt sometimes gets this, pointing out:

For American liberals…Anyone who blames victims for their own problems or who displays or merely excuses prejudices against sacralized victim groups can expect a vehement tribal response.

In the abstract, most liberals would say that efforts to protect children from violence aren”t wrong. But outside of The Righteous Mind, liberals (like most people) don”t think abstractly. They think in terms of “Who? Whom? Who is the designated victim group in this situation? Whose crimethink is ritually polluting us, like an untouchable’s shadow falling upon a Brahmin?”

You might imagine that potential crime victims would be a group worthy of sympathy, but they are not a “sacralized” bloc. They are just random losers. If they weren”t losers, they”d live in a better neighborhood.

Haidt almost stumbles upon the explanation for what distinguishes liberals from conservatives when he observes:

…political scientist Don Kinder summarizes…“In matters of public opinion, citizens seem to be asking themselves not ‘What’s in it for me?’ but rather ‘What’s in it for my group?’” Political opinions function as “badges of social membership.”…Our politics is groupish, not selfish.

As Avenue Q pointed out, everybody is a little bit groupish. Yet how do individuals decide whom to be groupish about?

What Haidt never quite gets across is that conservatives typically define their groups concentrically, moving from their families outward to their communities, classes, religions, nations, and so forth. If Mars attacked, conservatives would be reflexively Earthist. As Ronald Reagan pointed out to the UN in 1987, “I occasionally think how quickly our differences worldwide would vanish if we were facing an alien threat from outside this world.” (Libertarians would wait to see if the Martian invaders were free marketeers.)

In contrast, modern liberals” defining trait is making a public spectacle of how their loyalties leapfrog over some unworthy folks relatively close to them in favor of other people they barely know (or in the case of profoundly liberal sci-fi movies such as Avatar, other 10-foot-tall blue space creatures they barely know).

As a down-to-Earth example, to root for Manchester United’s soccer team is conservative…if you are a Mancunian. If you live in Portland, Oregon, it’s liberal.

This urge toward leapfrogging loyalties has less to do with sympathy for the poor underdog (white liberals” traditional favorites, such as soccer and the federal government, are hardly underdogs) as it is a desire to get one up in status on people they know and don”t like.