The Triumph of the Trivial 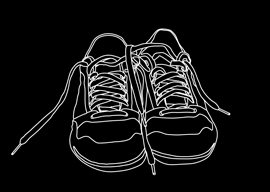 Other than offers for sale of his books, I found next to nothing about him. His career had been distinguished, but it had disappeared without trace, at least on the Internet””writ in water,” as it were. It was almost as if he had never been, never lived. There was absolutely nothing about his life, his interests, or his character to be found. And yet, in my estimation, he had written two books so good that I would recommend study of them to any aspiring writer. No doubt I am inclined, as a writer, to overestimate the importance of good writing in the scheme of things, but it seems to me that a man who has written two books worthy to be republished more than half a century after they first saw print is worthy of some commemoration, especially by comparison with the trivia that are now enshrined, presumably forever, in the infosphere.

Knowing next to nothing about an author has its advantages. It means that you assess or respond to his work without prejudice. To know than an author was a swine in life, for example, might erect a barrier between the reader and the excellence of his writing. Yet I cannot help but feel that a medium that contains scanty information about considerable figures of the past but an enormous amount of trivia about the ordinary people of today will hollow out human life and character, at least until such time as the Internet is as old as libraries.