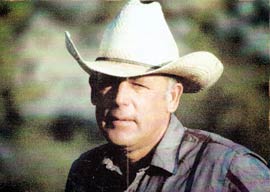 In a 2002 article called “The Prejudice Against Country People””published in, of all places, The Progressive“writer Wendell Berry linked public contempt for country folks to their ongoing “economic genocide”:

Disparagements of farmers, of small towns, of anything identifiable as “provincial” can be found everywhere: in comic strips, TV shows, newspaper editorials, literary magazines, and so on….I believe it is a fact, proven by their rapidly diminishing numbers and economic power, that the world’s small farmers and other “provincial” people have about the same status now as enemy civilians in wartime….The industrial and corporate powers, abetted and excused by their many dependents in government and the universities, are perpetrating a sort of economic genocide—less bloody than military genocide, to be sure, but just as arrogant, foolish, and ruthless, and perhaps more effective in ridding the world of a kind of human life.

It may seem paranoid to liken the rapid erosion and eventual erasure of rural white yeomen, the gradual dying-away of cabin-dwelling frontiersmen in favor of unisex urban service workers being crammed into cement boxes, to murderous historical campaigns such as Scotland’s Highland Clearances or Stalin‘s centrally managed urbanization schemes. It may seem even more paranoid to mention China’s current plan to move 250 million people into cities. And it probably seems paranoid to the point of psychosis to bring up UN Agenda 21‘s alleged plans for “smart growth” via urbanization.

What’s clear is that the government, media, and academia comprise a cabal of urban supremacists who neither trust nor esteem rural Americans unless they are Injuns or tortoises. Historically, the dominant culture demonizes any group they are preparing for slaughter. In this case, those inbred rural bastards will be treated like so many cattle who had the nerve to roam freely.