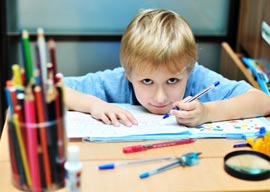 The modern American classroom is where the only acceptable explanation for stubborn educational and financial disparities between whites and nonwhites is white racism.

It’s where teachers routinely flock to conferences dedicated to “Interrupting Whiteness” and smashing “White Privilege.” Where nonwhite students are encouraged to segregate themselves in racial special-interest groups that focus on pride, whereas whites are only encouraged to gather together in order to “dismantle white supremacy.” Where the world’s unofficial encyclopedia embraces all forms of racial pride except one.

It’s where white moms publicly pat themselves on the back for penning ethnomasochistic screeds such as “Raising White Children to be Anti-Racist Allies” and “It’s My Job to Raise Children Who Are Not Only Not Racist But Actively Anti-Racist.”

Where Jane Elliott, described as “the Torquemada of thought reform,” rakes in untold cash and is lauded by Oprah Winfrey and Ellen Degeneres because she forces white students to cry as she cruelly guides them through public humiliation rituals that are a hybrid of communist Chinese struggle sessions and the Stanford Prison Experiment.

It’s definitely a different world than the one I inhabited when I went to school. In my Catholic grade school, a female “lay” teacher”they’re called that because they’re allowed to get laid”once speculated that blacks look more like apes than whites do because they are less evolved than whites. In high school a nun”they’re called that because they don’t get none”told us that black poverty was due to the fact that blacks are impulsive and don’t comprehend the principle of delayed gratification.

My son is seven years old. When he was only three and in preschool, his first-ever homework assignment had nothing to do with the alphabet or numerals. Instead, he was assigned to do a presentation on a black historical figure of his choice.

I’ll spend the rest of my life helping him get the best education possible. But first I have to help him unlearn everything they teach him in school.