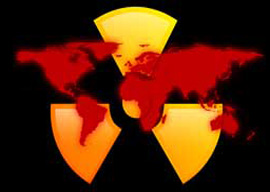 Homo sapiens may indeed be a tool-using animal, a political animal, and a reasoning animal; we are also a fantasizing animal. Most of our fantasizing is momentary and personal, but some of it is social. Entire nations and civilizations can be swept up in a common fantasy.

These social fantasies”religions and ideologies”appeal mightily to core features of human nature and have great social utility. It is a well-established fact, for example, that religious people are happier than irreligious ones.

However, the ability of individual humans to respond to that appeal follows a distribution rule, just like all other human abilities”musical, athletic, mathematical, etc. Out on the left, low-ability tail of that distribution are cynics and dissidents grumbling that the Fantasy Emperor has no clothes.

And social fantasies, like personal ones, must sooner or later meet reality. Society-wide, they are bound to come off worse from the encounter, though the fantasy will survive for a century or two among a dwindling rearguard of believers. It may be that the Great Egalitarian Fantasy of the present age is coming up against this nemesis and that the little outbreaks of truth I noted above are straws in the wind.

Speaking as one of those dissidents blessed, or cursed, with strong resistance to the appeal of social fantasies, this possibility cheers me. Yay, reality! Reflecting further, though, I wonder whether perhaps I should be careful what I wish for.

Larry Auster, blogging on the current fighting in Gaza, said this:

…at any other time in human history, if a country had faced what the Israelis face with the Palestinians…that country would long ago have either expelled them all or killed them all….

Charles Darwin (now I’m talking realism!), in his book The Descent of Man, said this:

At some future period, not very distant as measured by centuries, the civilised races of man will almost certainly exterminate and replace throughout the world the savage races.

Tacitus, in the Histories, writing of the fate of the Helvetii, said this:

Their country was given over to plunder and massacre. Flinging away their arms, they wandered miserably between two fires [i.e. Romans and Germans]….The German army, aided by the Raetians, pursued them through the woods, and cut them to pieces in their hiding-places.

John Derbyshire, in a recent Radio Derb, said this:

There’s a nonzero probability that we’ll lose a city or two to smuggled rogue nukes sooner or later.

If a mere election loss is a call to realism, however qualified and temporary (I’m not hopeful), what would an incinerated city be? If the Second Intifada woke Israeli liberals from their dogmatic slumbers and turned them into Netanyahu supporters, what might be the effect on American liberals of mass underclass rioting when the EBT card runs out? Are we sailing into a more Darwinian age?

It’s an interesting point for debate whether, taking history as a whole, the great social fantasies of religion and ideology have generated more misery than the icy realism of Imperial Rome or Bomber Command.

Temperamentally I’m for realism; but if, as commentary on current events suggests might be the case, the Great Egalitarian Fantasy has one foot in the grave, I find myself wondering whether I shall miss it when it’s gone.