War of the Classes 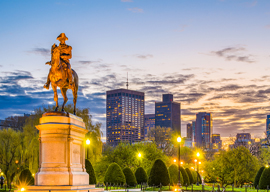 Not surprisingly, the individuals who dominate the means of communication today—such as Zuckerberg (net worth $70 billion); the Google guys, Sergey Brin ($43 billion) and Larry Page ($44 billion); Carlos Slim ($70 billion); Michael Bloomberg ($52 billion); and Jeff Bezos ($81 billion)—are seldom questioned in the media about the ethics of their monopolies.

After all, they more or less own the media. Thus The New York Times (bailed out in 2009 by Mexican telecom monopolist Slim) over the weekend praised CEOs for speaking “truth to power.”

In America in 2017, the rich have the whip hand to punish average Americans in the notional name of the poor, domestic and global.

Silicon Valley monopolists are currently on the warpath against those who speak up for national solidarity. Those blessed with an abundance of private wealth are paying to demonize those whose main asset is their American nationality. Those with all the money in the world want to debauch the scarcity value of American citizenship in order to get even richer. And they don’t take kindly to dissent.

This jihad by the rich against the one group competent enough to even potentially offer them effective resistance takes weirdly symbolic forms. For example, the defender of the common man, Andrew Jackson, is being booted off the currency, while the paladin of the plutocrats, Alexander Hamilton, has been retconned into a woke Person of Color in the most expensive Broadway musical in history.

This is class war disguised as race war.

History may or may not end, but the rewriting of history will never be over.