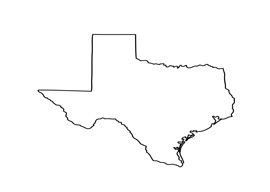 War in Korea has never seemed so close since Dwight Eisenhower ended the Korean War with an armistice more than 60 years ago.

Despite the opposition of his national security team, Trump is said to be ready to repudiate the Iranian nuclear deal in October, freeing Congress to reimpose the sanctions lifted by the deal.

This would split us from our NATO allies and, if Iran ignored the new U.S. sanctions or began anew to enrich uranium, force Trump’s hand. Is he, are we as a country, ready for another trillion-dollar war, with Iran, which so many inside the Beltway seem so eager to fight?

The U.S. and Turkey have urged Iraq’s Kurds to put off their nonbinding referendum on independence Sept. 25. The vote seems certain to endorse a separate state. A Kurdistan, seceded from Baghdad, would be a magnet for secession-minded Kurds in Turkey, Syria and Iran, 30 million in all, and present a strategic crisis for the United States.

Along with the steady growth of entitlement spending, the new dollars demanded for defense, the prospect of new wars and the tax cuts the White House supports, Hurricane Harvey should concentrate the mind.

Great as America is, there are limits to our wealth and power, to how many global problems we can solve, to how many wars we can fight and to how many hostile powers we can confront.

The “indispensable nation” is going to have to begin making choices. Indeed, that is among the reasons Trump was elected.