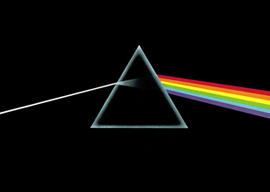 Dark Side of the Moon, Pink Floyd

Those born just before the baby boom often grew up to be leaders of large numbers of younger people: e.g., John Lennon, Paul McCartney, Brian Wilson, and Mick Jagger. Similarly, people born in the year 1946 who went on to enjoy some success in life include Bill Clinton, George W. Bush, and Donald Trump.

By 1950, the baby boom was in full swing. By 1955, so many babies had been born in the previous decade that when they reached physical maturity in 1973, the high-wage era of a limited supply of labor was drawing to a close. Moreover, corporations in the 1970s were welcoming women into the workforce, and immigration was ramping upward. Meanwhile, the Energy Crisis arrived with the Arab oil boycott in October 1973.

Thus, 1973 is usually portrayed as the last year of broad prosperity for male wage laborers of 1946″73.

Case and Deaton go on to suggest that one cause of the White Death is that what I named Affordable Family Formation became more unaffordable from roughly 1973 onward:

“Lower marriage rates, higher divorce for those who get married, worse family lives

“Starting off worse, and getting worse at a faster rate with age

On the other hand, there’s a supply-side theory for the White Death, as best illustrated in Sam Quinones” 2015 book Dreamland: The True Tale of America’s Opiate Epidemic. Quinones points to a one-two punch of white drugs.

First, prescription opioids like oxycodone flooded the market in the early 2000s. When the government then tightened up on painkillers, Mexican cartels stepped in with black-tar heroin. They targeted sleepy white parts of the country because the Mexican drug dealers didn”t want to have anything to do with violent and attention-grabbing blacks.

Deaton and Case admit that Quinones has a point, but the roots are deeper:

“This process was unfolding before heavy-duty prescription opioids flooded the market, but their presence has heightened its impact

In summary, the future looks bad for the United States:

“These cumulative effects are unlikely to disappear at retirement

Ultimately, we see our story as about the collapse of the white, high school educated, working class after its heyday in the early 1970s, and the pathologies that accompany that decline.

I would add to this analysis that a close study of death rates by birth years suggests that the White Death is in part a long-term echo of the most important cultural change of my lifetime: the “60s.

When the economy was at its moon-landing peak in the late 1960s, the White Death was already getting its grip on cohorts turning 18. So I suspect Deaton and Case’s economics theory, while highly persuasive, isn”t complete.

Cultural changes from, say, 1963 to 1973 also played a role. In the later 1960s, drugs, while heavily publicized, tended to be an obsession largely of elites such as Harvard professor Timothy Leary. The democratization of drug culture probably dates to the early 1970s, with 1973 as the year the counterculture had clearly won in a rout.

Thus, white people who reached 18 before the late 1960s are not dying at a high rate today. Those born in 1935″45, who hit 18 in 1953″63, tended to reach adulthood thinking that drugs were only for commie beatnik weirdos, while swinging hepcats like Dean Martin preferred martinis. Therefore, pre-baby-boom whites are less likely to turn in old age to fake heroin, or, for that matter, to real heroin.

Still, drugs were, along with long hair, merely the most obvious manifestation of an attitudinal change known as the “60s.

Granted, a few smart people like Brian Wilson and Ken Kesey never quite recovered from the “60s. In general, however, high-IQ “60s people, such as Steve Jobs, tended to do pretty well for themselves.

A liberated culture gave the Steve Jobses more room to run. In contrast, the Left Half of the Bell Curve is still paying a toll for the destruction of the old strictures on how to live. People who aren”t as smart aren”t as good at deciding for themselves.

Black men took the hit first, with black male life expectancy being lower in the mid-“90s than in the mid-“80s due to AIDS, smoking crack, and being murdered by other crack dealers.

Society went to vast expense to protect black men from themselves, largely curing AIDS and building a huge prison system to incarcerate the most dangerous.

On the other hand, American culture hasn”t paid much attention at all to the White Death. For example, Trump remarked that he hadn”t really heard of the heroin scourge until he started campaigning across the country.