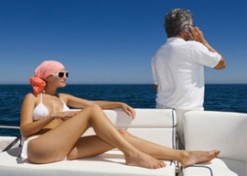 The public-school pom-pom brigades assure us that poverty is the primary cause of low cognitive achievement and that we need to spend more money on education.

Is it possible that some of these classrooms are filled with kids who are as fundamentally stupid as a dented box of rusty lug nuts? No, it’s the system, the parents, the corporations, the Republicans—anyone but those unblemished little blank slates who crave knowledge but are cruelly denied it. Never mind that the Georgia governor’s report quoted Atlanta teacher Kimberly Lucas as saying that her students “sucked” at math. And pay ye no mind to the fact that Atlanta teacher Shayla Smith said she had to give her pupils the test answers because “those kids were dumb as hell.” And it’s too depressing to consider that many of these teachers were borderline cretins themselves. It couldn’t possibly be that this systemic RICO-level conspiracy to defraud was, top to bottom, perpetrated by educators whose grasp of basic mathematics was so weak, they never considered that it would be easier than eating a bowl of banana pudding to unveil their forgeries.

It was overwhelmingly Atlanta and other majority-black counties that showed testing irregularities.

Still, anyone who’s sat in front of a TV for the past forty years knows that America’s dumbest and most primitive humans, our brave nation’s primary impediments to truly meaningful progress, are the drooling, banjo-plucking rural hillbillies.

Yes, it was—way up in Rabun County.

For comparison’s sake, I selected an elementary school at random from Rabun County and one from Atlanta that had been featured in the governor’s report. The hilljack school is as overwhelmingly white as the Atlanta school is black. Their respective zip codes’ median household income is roughly the same, although the blacks earned a trifle more skrilla in 2009—the year before the governor sent in monitors to oversee the testing.

Fifth-graders in both schools scored almost identically in 2009’s standardized tests. The only two major statistical differences were that the inner-city black kids received nearly $3,000 more yearly in educational funding than the rural Deliverance kids, and 51.4% of the black classrooms were flagged for high wrong-to-right testing irregularities, while the trailer-trash kiddies’ tests showed zero cheating. So in order to achieve testing parity with those toothless inbred hillbabies, Atlanta’s black kids needed an extra $3,000 in funding and had to cheat their goddamned asses off.

There will undoubtedly be a public purge of Atlanta’s school system. And its new leaders will find new ways to spout the same empty slogans. Except for some minor cosmetic adjustments, the new boss will be exactly the same as the old boss. And year after year on into the sunset, the kids won’t get schooled again.