Yes, the System Is Rigged 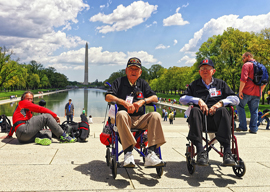 He denounced NAFTA, and the trade deals and trade deficits with China, and called for rejection of the Trans-Pacific Partnership.

By campaign’s end, he had won the argument on trade, as Hillary Clinton was agreeing on TPP and confessing to second thoughts on NAFTA.

But if TPP is revived at the insistence of the oligarchs of Wall Street, the Business Roundtable, the U.S. Chamber of Commerce—backed by conscript editorial writers for newspapers that rely on ad dollars—what do elections really mean anymore?

And if, as the polls show we might, we get Clinton—and TPP, and amnesty, and endless migrations of Third World peoples who consume more tax dollars than they generate, and who will soon swamp the Republicans’ coalition—what was 2016 all about?

Would this really be what a majority of Americans voted for in this most exciting of presidential races?

The 1960s and early 1970s were a time of social revolution in America, and President Nixon, by ending the draft and ending the Vietnam war, presided over what one columnist called the “cooling of America.”

But if Hillary Clinton takes power, and continues America on her present course, which a majority of Americans rejected in the primaries, there is going to be a bad moon rising.

And the new protesters in the streets will not be overprivileged children from Ivy League campuses.