Yikes! The Left Makes Me Wince 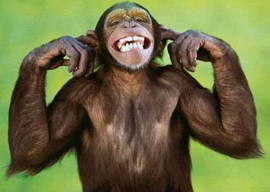 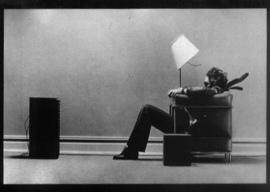 I don’t know about you, but I was in desperate need of therapy after seeing this video and made all my friends suffer through it in an attempt to get some empathy. So few could last, I offered a $1 reward to anyone who could make it through without turning away. (Congratulations, Pinky and Baby Leg.) Unfortunately, showing a video like this to a large group of people inevitably invites your peers to one-up you. They did. Hold onto your hat.

MoveOn made this video to protest a recent Supreme Court decision claiming a corporation can often share the same characteristics as a person. Does it? I don”t fucking know. The question is about as intricate as questions get. That’s why it made it all the way to the Supreme Court. Corporations don’t go to jail for felonies, but they should have the right to have a voice as a collective group. The basic verdict was: “A group of people should be allowed to make a video or donate to a cause or even make a commercial condemning a candidate. They shouldn”t be able to collude with a candidate and get directly involved with his campaign, and they obviously shouldn”t be able to vote, but can a group have an opinion? Why not?” MoveOn conveniently ignored these facts and made their Depeche Mode cover about a completely fabricated decision.

Go check a law book. Target is people. A group of people can collude and have one shared opinion. You are such a group. If we didn’t have group opinions, the only media that would be permitted would be one-person blogs. Incidentally, why are you only bringing this up now that a group has said they were against gay marriage? You didn”t mind when CNN reporters started working on the Obama campaign (at 1:14). You didn”t care when The New York Times obviously chose the Messiah as their leader and even made a pretty penny selling his wares on their site. But when a group of people come out and say something you don’t agree with, they”re “playing around with our democracy”? Oy vey! If it wasn”t for decisions such as the one you”re fighting against, you wouldn”t have the right to fight against it. Can you stop dancing for a second and listen to me? You’re a con-tra-dic-tion. Also, the people in the store seemed pretty happy you were there and may come back hoping to see your like again. I noticed 1.3 million people saw the video, but I also noticed their stock hasn’t budged since it came out, and they continue to do far better than their competitors. This begs the question: How many watched the video for its train-wreck value and how many were there to be “woken up”?

The right is often foolish and makes plenty of mistakes. George W. Bush’s entire vocabulary was a face-wrinkler, and Bill O’Reilly did lose his temper a few years ago. However, the left’s “dance like no one is watching” pride has made them black belts in embarrassing. Jonny 5’s petulant rap scoffs at the poor bastards who made his existence possible, while MoveOn use their free speech to rail against free speech. The heebie-jeebies they induce are almost impossible to get rid of, and there’s no indication they’re going to grow up anytime soon. The good news is, I feel totally prepared for the day my kids become teenagers. Bring it on!