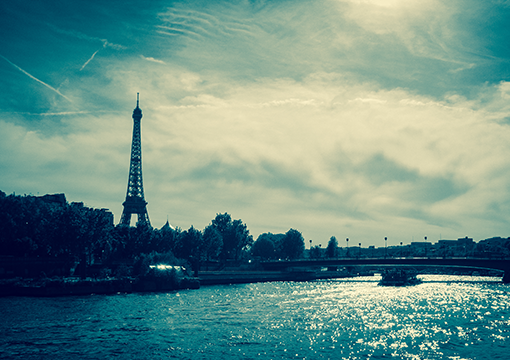 The Week’s Most Volcanic, Germanic, and Satanic Headlines

THE RIVER SEINE ALMOST SAVES ARAB MAN FROM RACISM
As everyone knows, the only possible reason that migrants from all over the world flock to Europe and places that were settled by Europeans is because they’ve heard about how racist these places are, can’t quite bring themselves to believe it, and so they go there to see for themselves.

Well, a poor Arab migrant who’d been expelled from France nine years ago after coming there to see if it was really as racist as everyone says it is learned the same hard lesson yet again recently. Apparently this man had so much love in his heart that when he was brutally kicked out of the country nine years ago for reasons that were clearly racist, he must have muttered to himself, “I’ll give the French a second chance before I pass judgment,” and in an act of selflessness, he returned yet again.

In what was undoubtedly a racist manner, French police framed him for some alleged “theft” and chased him to the point where he had no other choice but to jump in the River Seine to spare himself from their racism.

But even rivers—which are known for their tolerance—could not spare him from what The Times referred to—in their headline, no less, hello, proofreading department?—as “racists [sic] taunts.”

The hate crime and brutal assault against the poor struggling Arab dude’s basic human dignity was all videotaped. One officer is shown saying: “He doesn’t know how to swim. Bicots like that don’t know how to swim.” The word “bicot” apparently used to be a non-racist term for soldiers from north Africa, but racists will find a way to make everything racist, so they’ve twisted and torn and mangled it into a racist term. Now, while it’s technically true that swimming is one of the rare sports in which blacks underperform, and while it’s also true that they tend to drown in disproportionate percentages compared to whites, nobody said the guy was black—we said he’s an Arab. Not everyone from Africa is black, you racist.

Plus, we’re not even sure that the French are white, either.

After they rescued the man from drowning—which, on the surface at least, doesn’t sound racist, but trust that we’ll find a way to make it so—the other gendarme said, “You should have tied a weight to his foot.”

To hide their institutional Frenchness and to cloak their Gallic privilege, French authorities across the completely bogus “political spectrum” denounced the officers.

But it’s not enough. We want these bigoted Frogs punished. Slowly.

IRANIANS DRINK POISON TO CURE CORONAVIRUS, DIE INSTEAD
From the little we know about the Great Persian Exodus, we’ve learned that ex-Iranians living in America hate being called “Iranians” and insist that you call them “Persians” instead. Now we finally realize the reason: All the dumb people stayed in Iran. By insisting on being called “Persian,” one is practicing social distancing, at least in a nomenclatural sense. They already practiced the literal distancing when they got the hell out of Iran.

Regarding their dumbness, we saw the light after stubbing our toe on an article in the inestimable New York Post claiming that in the past couple of months, at least 700 Iranians died after drinking toxic methanol because some Iranian snake-oil salesman told them it would cure the latest iteration of coronavirus.

“Canadians’ only charm is their rare ability to always make themselves look silly.”

lick shrines to cure diseases, and still they wonder why we have Cinnabon, Home Depot, and a far greater selection of cable channels than they do.

SAUDIS GO FLOG-FREE
In Saudi Arabia, they’ll cut out your tongue if you speak, toss you from a building if you’re gay, and fill your vagina with cement if you’re a lady with an attitude.

They’ve even vowed to cut out the blogger-flogging. The desert kingdom’s rulers faced international scorn—as if they care—for not only jailing a blogger named Raif Badawi for ten years for the crime of “insulting Islam”—they also sentenced him to 1,000 lashes.

According to some guy who calls himself Awad al-Awad—seriously, what’s with the names?—”This decision guarantees that convicts who would previously have been sentenced to the lash will from now on receive fines or prison terms instead.”

But when will the Saudis join the modern world and force the men to stop wearing full-length dresses? We haven’t the floggiest notion.

TUNISIA “RECOGNIZES” GAY MARRIAGE, STILL JAILS HOMOS
Some brown-skinned gaybird named Mounir Baatour who lives way down Tunisia way and is so unashamed of his shameful behavior that he “heads”—double entendre intended—a pro-homosexuality organization called Shams is tickled pink to announce that for the first time in, like, the entire history of the Arab world, his country is the first to “recognize” a marriage between two men. His organization Shams—which is obviously named thusly because his entire lifestyle is a sham—issued the following statement with whatever the Muslim equivalent of a lisp is:

For first time in the history of Tunisia and the Arab world, a gay marriage contract between a man of French nationality and another of Tunisian nationality, is officially recognized in Tunisia…. While homosexuality is still punished with prison in Tunisia, and several gay people are currently in Tunisian prisons, a gay marriage has just been included in the birth certificate of a Tunisian.

Hold your horses right there, Pony Boy—what’s the point of “recognizing” gay marriage if they’re going to toss your butt in a prison anyway, unless they provide you and your hubby with a double suite?

These Arabian homos need to think things through before they speak.

JUDGE: MAN DOESN’T HAVE TO PAY HALF-MILLION-
DOLLAR BET FOR LOSING AT ROCK, PAPER, SCISSORS
Canadians’ only charm is their rare ability to always make themselves look silly.

Way back in January of 2011, a Quebecois named Edmund Mark Hooper, apparently having directed a near-lethal dose of hubris, bet another Canadian man $517,000 that he would best him in a game of “rock, paper, scissors.” The man, Michel Primeau, was dumb enough to accept. But luckly for Primeau, he won. Hooper was forced to take out a mortgage on his home to pay off the debt, but a court invalidated the mortgage in 2017, ruling that the bet was “excessive.”

Now a judge has ruled that Hooper doesn’t have to pay a penny, because Quebec law proclaims that wagers are only legal if they concern activities “requiring only skill or bodily exertion on the part of the parties.” The judge ruled that while rock, paper, scissors requires a dash of skill, “the game also involves a large part of chance.”

If there was any real “justice” in Canada, the judge would have fined both participants $517,000 for being this stupid.

CHINESE WOMAN EATS WILD MEAT, GETS SIX-INCH WORM IN HER BRAIN
Since it’s racist to even mention that Chinese people enjoy snarfing down a good plate of bat or scorpion or mealworm from time to time, we won’t “go there.”

So without editorialization or even the slightest aroma of gloating, we will merely report that a 23-year-old China-lady who claims she ate a plate of frogs was rushed to the hospital after experiencing headaches and a seizure because there was a live six-inch worm wriggling inside her brain.

We will pause simply to note that six inches is HUGE for China.

According to Dr. Dai Wei, chief medic of Gulou Hospital of Nanjing University:

During the operation, we found a creeping, long bug that was over 10 centimeters. It was white and live, like a noodle….It was still moving around when we took it out completely….[The worms] normally come from raw meat, mostly seafood, which contains a lot of parasites. Sometimes the worms get into a person’s brain through the blood and develop there…

The patient was later diagnosed with paragonimiasis, a parasitic infection that sends cute little flukes to suckle on your lungs.

GERMAN PERVERTS ARE LITTERING THE NATION WITH USED SEX DOLLS
As if it isn’t disgusting enough that some people actually get pleasure from plopping their genitals inside plastic blow-up dolls, some of them are rude enough to dump their discarded “lovers” in public receptacles and roadsides with the same wantonness that they dumped their rancid seed inside their imaginary lovers’ synthetic wombs.

Last June in northern Germany, police officers, a fire brigade, and an ambulance service rushed to the banks of the River Elbe to retrieve a “dead” body, only to discover a sex doll that had outlasted its usefulness. And recently in Bavaria, a couple’s evening walk was disturbed when they spotted a pair of legs poking out from beneath a rug that was under a bridge. It, too, turned out to be a sex doll. The perv who left it there also was dumb enough to leave a box nearby containing his address. He was arrested, and although the doll was returned to him, he faces a citation for violating waste-disposal law.

In both cases, the people who discovered the sex dolls noted that they were disturbingly real.

Trust us—they’re not, and we speak from hard experience.

THE ATLANTIC SAYS TOTAL FED/TECH CLAMPDOWN ON SPEECH IS FOR YOUR OWN GOOD, YE PEONS
Unless we’re hallucinating—which would be great, all things considered—The Atlantic recently published an essay called “Internet Speech Will Never Go Back to Normal” that seems to celebrate the fact that the COVID-19 crisis will allow corporate giants and the government to collude and crack down on “harmful information.”

There’s a word for when corporations and the government collude. What was it, again? Oh, right—fascism. They even applauded China’s notorious censorship methods:

In the great debate of the past two decades about freedom versus control of the network, China was largely right and the United States was largely wrong. Significant monitoring and speech control are inevitable components of a mature and flourishing internet, and governments must play a large role in these practices to ensure that the internet is compatible with a society’s norms and values.

Y’see, the writers at The Atlantic can spot “bad faith,” “harmful content,” and “inauthentic behavior” when they see it, and since you’re either too stupid to see it or too evil to keep acting this way, they need to step in and save you before your harm yourself and, inevitably, everyone else. And they want you to throw up your hands, surrender, and acknowledge that it’s all “inevitable.”

Not if we have anything to say about it.