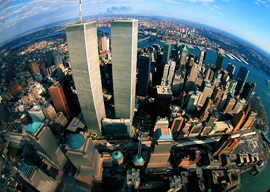 Mayor Bloomberg is a diminutive egomaniac who wants to foist his superiority complex on us through legislation. He makes our lunches, forbids us from eating salt, and uses our money to discourage us from drinking soda pop. He may have made billions in the free market but as Lord Acton predicted, Bloomberg’s absolute power has corrupted him to the point of totalitarianism. If you insist on being a dictator, get over your foodie obsession and start dictating some laws that make sense.

Here are ten rules I would enforce if Bloomberg ever absconds the throne and lets me benevolently dictate how New Yorkers should live their lives.

1. THE WORDS “LIKE” AND “LITERALLY” WILL BE BANNED
Unless poo came out of your bum and nestles gently in your undergarments, you did not “literally shit your pants.” The word “literally” means “real” rather than “symbolic.” If you find yourself having to use this word more than once a week, you are either addicted to figurative language or you’re misusing the word. When New Yorkers combine “literally” with their other favorite word, “like,” my ears start to bleed. “Like literally” is a contradiction. I don’t know when the whole city decided to start talking like a drunk babysitter, but it has to stop. I used to think that making everyone wear a collar that delivers a short, sharp shock every time “like” or “literally” were misused was a little harsh. Not anymore.

“We want a city that isn’t a relentless assault on our eyes and ears. Is that too much to ask?”

2. POOPER-SCOOPER CITATIONS ARE TO BE REPLACED WITH MANDATORY DOG-SHIT-EATING
We tried putting up signs. We even had cameras installed. But you keep letting your dog defecate all over the street like we all live in the middle of an abandoned forest. When the snow melts in the spring, we learn you’ve been doing this even more than we initially thought. It makes me sick to have to do this (like, literally) but from now on, anyone caught leaving dog shit on the street will be forced to eat it. I realize E. coli makes this a death sentence of sorts. So eat shit and die.

3. TEENAGERS MAY NO LONGER RIDE THE SUBWAY
Sorry, kids. I know it seems mean-spirited, but a generation ago the entire Midwest walked several miles to school. The exercise will do you good. What’s that? You don’t understand why you’ve been banned? Would you be surprised if you were asked to leave a restaurant after screaming, fighting, and calling each other “nigger” 300 times?

4. PUBLIC FLATULENCE WILL BE CRIMINALIZED
Why do we levy fines for public urination but allow strangers to blast poo particles into other people’s faces? Starting today, all New Yorkers will be given special fart-sensing probes that can be applied to a suspect’s derriere every time someone smells something unusual. If the suspect is guilty, an insanely loud alarm goes off until the person is arrested. He will have to spend the night in jail where he will learn the real cost of contaminating a stranger’s personal space.