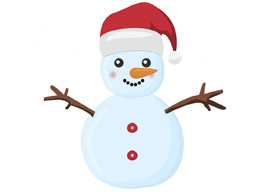 MTV News just released a remarkably patronizing New Year’s guide entitled “2017 Resolutions for White Guys,” and boy, are us white guys angry. It’s a video with white beta cucks, ethnically ambiguous minorities, and a black guy in a kitten shirt telling us we need to “be better.” It’s a perfect example of how soft and retarded the alt-left has become, but the ten topics they list serve as a good springboard to tell white guys what they really should be doing.

(1) “TRY TO RECOGNIZE AMERICA WAS NEVER “GREAT” FOR ANYONE WHO WASN”T A WHITE GUY”
This lie is officially done. We need to stop allowing these ingrates to ignore our sacrifices. If they want to pillory us for slavery and the Indian wars then we get all the good stuff white men did, too. For example, the platform and infrastructure these people are using to complain about us (I suspect the script these brats are reading was also written by a white guy and that the execs who okayed it are also remarkably white).

Americans lost a million white guys to the Civil War and the two World Wars. They ended slavery and defeated the Nazis and they had no choice in the matter. I”d prefer picking cotton to having my head blown off, but it made a great country and therefore, as Pat Buchanan says, “The time for apologies is past.” If you insist on dredging up America’s past, white guys need only say two words: “You”re welcome.”

(2) “AGREE THAT BLACK LIVES MATTER IS NOT THE OPPOSITE OF ALL LIVES MATTER”
This reductive doublespeak is also done. When someone says something as infantile as “black lives matter” it is no longer your job to stoop down to their level and come up with a similar slogan. Also, stop trying to join black causes and be part of their revolution. You”re not invited and you look like a complete tool holding a sign that says “White silence is violence.”

We need to permanently move on from motherhood statements like “war is bad” and stop pretending “hope and change” is anything tangible. If you want to talk about innocent black kids who were killed unjustly by cops, we”re happy to discuss all six cases; otherwise, goodbye.

(3) “BLUE LIVES MATTER ISN”T A THING”
I”m not sure how this constitutes a “resolution,” but they”re right. Screw using their language. From now on it’s a given that blue lives matter. It’s also a given we are not living in a society where innocent blacks are hunted for sport. Justin Volpe is in prison right now because our society is officially against police brutality. If you find a case where an officer wasn”t persecuted for a real crime we”re all ears, but we are done with tolerating riots based on a Facebook meme.

(4) “STOP BRAGGING ABOUT BEING WOKE”
The video also insists white guys stop saying “woke.” I”ve never heard a white guy use such a term if he wasn”t kidding and I assume the only white guys who use it work at MTV but sure, using ebonics has got to go. The irony of pretending you”re educated by using a bad-grammar colloquialism isn”t a white thang, so stop it.

This also goes for all black mannerisms. If you”re about to get into a fight, don”t cock your head to the side and do that pimp-walk limp like you”re in the movie Shaft. Be mighty white about it, which means you say as little as possible, stand your ground, and deliver the best blows you can when you have to.

(5) “LEARN WHAT MANSPLAINING IS AND STOP DOING IT”
This is also a good point. Mansplaining is explaining to these cretins that their argument isn”t an argument at all. It’s wasting your time trying to convince mentally ill children with daddy issues that they”re wrong. “Patronizing” comes from “patron,” which means “to provide aid and support.” We have overdone this favor and it’s time to cut them off.

I suggest a couple of very basic skill-testing questions before you engage. What is the population of America? How much do we spend per student per year? How many illegals cross the border every day? If they can”t come close, get far away.