10 Things I Hate That Everybody Loves 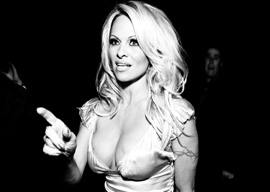 One of the downsides of being special is that you feel out of place wherever you go. I don”t understand half the stuff people like and I suspect they don”t, either. Take cigars, for example:

1. CIGARS
You don”t like cigars, you like the idea of cigars. You like standing on the balcony with the other men after the dinner party and doing something a woman would never do in a million years, but you don”t actually enjoy that cigar hanging out of your mouth. If you did, you”d smoke them when you were alone in the woods, which you never do.

2. FANCY SCOTCH
Having a “Mc” in your last name means every birthday someone buys you a bottle of expensive whiskey. The problem is, whiskey tastes like gasoline. It’s especially bad when they take the extra time to let burnt peat moss smoke through it”then it tastes like gasoline that’s been sitting in an ashtray. I like bourbon because it’s sweet and tastes like cotton candy when you ice it. However, 99% of the reason we enjoy booze is because it gets us drunk. Let’s stop pretending we actually enjoy the taste. If we did, we”d drink nonalcoholic Maker’s Mark at breakfast.

“I watch about two hours of TV a night and I feel the same way about television that prostitutes feel about sex. It’s depressing.”

3. SPORTS
I”m told these games are much more complex than they seem. “It’s like chess,” sports fans always tell me. But all I see is a bunch of transient millionaires playing a game outside. What’s so fun about watching someone else play?  What are we”gimps? I guess I understand that watching sports all Sunday is a way to bond with a dad who isn”t great at talking with his kids, but that seems to be the only redeeming thing about it. I didn”t grow up with sports so I see them for what they are: boring. I once spent a day researching the rules to football and learning about the teams involved in a Super Bowl game, and after trying to enjoy the 11 minutes of action a three-hour game provides I stood up and said, “That’s it. I gave it a chance and I can now say, unequivocally, beyond the shadow of a doubt, that this sucks.” Besides, don”t you feel kind of queer talking about all these men and their injuries? Oooh, Rodney Jackson sprained his ankle. Let’s read an article about his legs. Sports aren”t chess, they”re gossip for men.

4. LIVE MUSIC
Going to punk shows was fun when I was a kid because we”d jump off the stage and get all our aggression out in the pit. Now it’s just loud. Going to a huge stadium to see your favorite band means watching tiny ants play their hits far worse than you”re used to hearing them at home. That goes double for a small venue. Why did you five dumb guys climb onstage and turn my bar into a practice space? Nobody wants you here. We came here to have a conversation and now we”re just waiting for you to stop so we can go back to it. Oh, thank God, you”re taking off your guitar. Oh, Jesus no, he just said, “We”ll be right back.” They oughta call it “leave” music.

5. THE ROOMBA
My wife convinced me to buy this $400 robotic vacuum cleaner and it’s been sitting in its charger dock ever since. I hate this thing for at least three reasons beyond the insane retail price: 1. It’s so loud, you can”t be at home when it’s doing its thing, which means you have to set it up when you leave and hope it doesn”t get stuck. 2. It always gets stuck, so you end up putting chairs on tables to keep them out of its way, which is about 90% of the job of sweeping. 3. Sweeping hardwood floors takes about five minutes no matter the size of your house. Vacuuming a carpet takes the same amount of time. A Roomba can do it automatically if you clear a space and leave it unfettered for an entire day. Thanks. Let’s invent a robot that can put your socks on for you in under three hours and an automatic lawn mower that takes all summer.