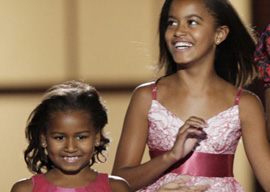 I’ve always said that Hasidim and extremist Muslims need to forget about their differences and focus on what they have in common: body odor and misogyny. But I’ve lived all over the world and our differences are far more interesting than our similarities. In China, they see burping in your face about as consequential as blinking. In Costa Rica, stealing your wallet is funny. In Britain, every family has a fancy front room that nobody ever goes in. In Canada, every airport bar is packed at 11AM. I’ve lived here in the US of A for 13 years now, and I find Americans to be the weirdest breed yet.

1. They ALL Love Movies
In Europe it would be unheard-of for an academic to go see a movie like Toy Story 3. In America, half the audience is there without kids and there isn’t a dry eye in the house. Ask America’s most accomplished genetic scientist about The Bourne Identity and he’ll say, “The 2002 one totally creamed the 1988 one, but both were awesome!” They have National Lampoon’s Vacation memorized line-for-line and have seen each Godfather about seven times. They are also walking IMDb databases. Ask an American who that guy with the musta—“Wilford Brimley!” It’s uncanny. You can’t stump them. They insist on watching the credits in their entirety after every film. I’ll never understand why anyone cares who fetched Ben Stiller his coffee, but it’s either sit there with them as the credits slowly roll or crawl over a dozen pairs of legs to get to the exit.

“I’ve lived here in the US of A for 13 years now, and I find Americans to be the weirdest breed yet.”

2. They Use Paper Towels at Dinner
Scotland would be horrified to see the way Americans use paper towels. It’s not unusual to sit down for dinner with a big family and see a folded paper towel tucked under every plate. Dishcloths never leave the sink while paper towels are left with jobs way out of their league such as cleaning up huge puddles of spilled milk.

3. They Say “Uh-Huh” Instead of “You’re Welcome”
This one is particularly jarring because it’s said in a very upbeat way that can come across as “Damn right.” It’s almost like they were waiting for the thank-you and are checking it off the To Get list. Sorry, but if I sit you down and say, “I really appreciate everything you’ve done for me,” I don’t want to hear, “Yeah.” Conversely, they will literally go through walls to say, “Bless you” after you sneeze. I was in an office building last year and I sneezed so loud, a guy said, “Bless you” through the wall. It felt strange but I had to yell, “Thanks” back through the wall, to which he replied, “Uh-huh.”

4. They’ve Never Been Anywhere
Americans are notoriously parochial. Just over a third of them own passports. In Brooklyn, you’re considered a nomad if you’ve ever left your block (which is also why so few Brooklynites can swim or ride a bike). I don’t think I’ve met one New Yorker who’s been to the Empire State Building. This is slowly changing, but the annoying thing about the few who own passports and actually leave the continent is the way they talk when they get back. “Yeah, the human traffic in Japan is insane,” a guy just back from Tokyo will tell a room full of people like he’s the new Lewis and Clark, “and all the women wear brown nylons.”  Thanks, sensei.