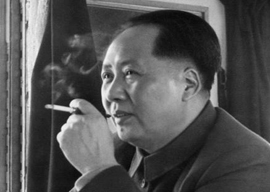 I lived in Taiwan for four months in the early 90s and have since spent a fair amount of time on China’s mainland, so I can ask this question without being accused of prejudice: What’s up with the Chinese? They tile their living-room floors, keep meat cold by hanging it outside, and think tigers’ private parts are magic.

Unlike multiculturalism’s biggest fans, I’ve actually experienced multiple cultures, and they’re not just us with funny hats. They are different with a capital “D.” Once, on an insufferably hot fifteen-hour bus ride from Beijing to Shanghai, I realized I was about to die of dehydration. I looked to the Chinaman next to me and he communicated the same sentiment with hand gestures and bulging eyeballs. We mimed big glasses of water and considered drinking each other’s tears to stay alive. When the bus finally arrived at a cart selling roasted corn with nothing on it, he patted me on the back as if this wasn’t a mirage and we had arrived at a Hawaiian waterfall. “Dude,” I mimed to someone who had no idea what I was miming, “roasted corn is not known for its thirst-quenching abilities.” As I reluctantly bit into my not-very-juicy cob, I thought, “That’s it. You guys are the opposite of us.”

When I returned to Taipei I told this story to one of the few riceballs I knew who could speak English. “You’re inexorably different than us,” I said. “You live in a spooky voodoo land where spirits are everywhere. You make crazy witch’s brew with bear’s glands like it’s going to cure cancer. You send your kids away forever to another country to be educated when they’re ten, and you put fucking kidney beans in your ice cream.” He patted me like a guy who just found some thirst-quenching hot corn and said, “Look, we’ve been doing this for about two million years. The ‘culture’ you know and love is barely a century old. Get back to me when you’re all grown up.” It was a pretty powerful zing but sorry, my people may not know a lot about civilization but we know what we like—and it ain’t China.

“Unlike multiculturalism’s biggest fans, I’ve actually experienced multiple cultures, and they’re not just us with funny hats. They are different with a capital ‘D.’”

It’s hard to believe, but here’s what they believe:

1. THE MORE PAIN AN ANIMAL SUFFERS, THE MORE DELICIOUS IT IS
The Chinese have a saying: “If it moves, it’s food.” They also believe it tastes better if it died in agony. I saw a man walking a dog down the street and it only had two legs. The stumps from the missing back pair were dripping with blood. If he was taking the dog to a potluck, this crippling pain would be ideal because they think suffering makes the sweetest sauce. I’m told it’s something to do with adrenaline, but every time I ask a Western butcher about it, they tell me adrenaline makes meat taste bitter, not better. Even if it did make food more delicious, being able to torture an animal with a huge smile on your face takes a bit of something us Westerners simply do not have.

2. MAO WASN’T SO BAD
Can you imagine huge statues of Hitler all over Germany? Well, he killed a mere six million Jews (at best). Mao killed at least FIFTY MILLION of his own citizens! I have yet to meet a Chink who has any kind of problem with this whatsoever. They’re not even mad about Tiananmen Square. Every time you bring up any kind of Chinese massacre, they inevitably shrug their shoulders and mention something cruel the American government’s done. They’re like Russians. The past stays in the past even if statues of it are thrust into the future. You don’t have to broadcast endless documentaries on how horrible it was the way some victims do, but at least stick a pylon on his head.