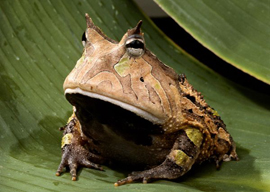 A couple of weeks ago, I was ragging on conservatives and wanted to include how Tea Partiers pretend to be all about spending cuts but won’t touch the two biggies, Social Security and the military. It was my final point, and it ended the whole list with a bang. Unfortunately, the editors like to wreck stories by insisting on what they call “facts,” and I was soon confronted with data that said many Tea Partiers are against military spending. “But John Stossel says they all agree,” I insisted, pointing to the end of this YouTube clip. “Oh, because one guy on ABC says it, it’s true,” whimpered the editor while linking this piece showing the opposite. When I clung to the Social Security claim, I was forced to prove why it’s wrong to get paid back something that you’ve been paying into your whole life. My theory had been dragged through the mud by fact-checkers and I was forced to abandon it. Thanks, dicks.

Why can’t we ranting pundits enjoy the same luxuries the uncurious enjoy? Why are we the only ones who have to dance with the facts in the pale moonlight?

I was in Manhattan recently in 100-degree heat taking a taxi to a meeting, and a coworker was complaining about how drenched in sweat he was. “It’s because I’m out of shape,” he said matter-of-factly. “The heat doesn’t make you sweat as much when you’re in shape.” I called bullshit on this made-up fact and someone else in the taxi said, “It’s true. I’m the same way.” I threatened to consult Google, and both of them began to sweat even more. “Well, I’m not betting my life on it, it’s just what I’ve noticed,” one of them muttered as they both stared at my iPhone like it was going to detonate a roadside bomb.

Well, I too, would like to have some Google-proof theories I can state as true without anyone questioning them. I’m sick of all this “fact” stuff. Here are ten things I staunchly believe but have no intention of ever researching. What’s more, I don’t want anyone to research them and tell me that they’re wrong because I really enjoy “knowing” they are true.

“Why are we the only ones who have to dance with the facts in the pale moonlight?”

When you hear frogs croaking to each other after dark, you assume they are communicating myriad information that includes mating calls, territorial claims, and gossip about local amphibians’ sexuality. Some of that may be kind of true with dolphins, but as far as insects and birds and frogs are concerned, the only messages they are conveying are, “I’m here. I’m here. I’m here.” The human equivalent would be a new guy in jail hoping he is not alone in the darkness. “Hello?” he’d call out. “Hello,” someone would say back. Then they’d elevate the conversation to background information about each other and what the jail’s like. They’d even come up with an ingenious note-passing system to share secrets. Not in nature. The forest’s creatures are constantly stuck at the “Hello?”/“Hello” stage, and forest sounds are nothing but a meaningless greeting stuck on repeat.

We’ve all heard the incredible stories of a dog or cat making its way home after being forgotten fifty miles from home. “He can’t read maps,” say the flabbergasted owners. “How did he find us?”

I’ll tell you how:

In the complex neurological wiring that connects your dog’s amazing olfactory abilities to his tiny brain is a grid of a hundred different colored squares. When he goes ten feet from the house, the bottom two red rows change to blue, and the second orange column switches to brown. When he returns home, the colors are restored.

So when the animal is abandoned miles from home, his brain is left with a scrambled Rubik’s Cube. His job is to move according to the chart and restore each block to its original color. Once that is done, he’ll be back at home because that is the only place on Earth with that unique signature. He does this by trial and error. When he goes in the wrong direction, the data on the chart becomes more scattered, so he stops. When he turns around and heads in the right direction, the pink and blue squares second from the top row (L36 and L37) are changed to the colors they are back at home. That’s a match! What follows is a game of “warmer…no, colder…warmer…hot!” until each block in this matrix is the correct color.

3. THAT N.Y. LOTTERY AD THAT GOES, “ARE YOU READY GET SET ARE YOU READY?” IS BY SANTIGOLD

If a musician wants to get paid for a song but is worried what it could do to their reputation, they will often perform the song anonymously. I believe Andrew WK recorded the music for the Kit Kat ad “Gimme a Break,” although he is not credited in the commercial. I also believe Santigold did this song. If you show me evidence of someone else doing the song, I will become more steadfast in my beliefs.

NOTE: In the interest of full disclosure I should add that providing links for this song has drastically damaged my theory. That is why I hate providing links.

Maybe it’s because testosterone enhances one’s concentration, but (outside of sex, where the opposite is true) men take a long time to get into something and even longer to get out. When a woman watches a movie, she’s done when the credits are done. But a man will stay consumed with the plot way past his bedtime. Even as children we’d be leaping off garbage cans the whole way home from the theater as our sisters asked us why we care about Superman so much.

This trait makes women great for jobs such as doing dishes and minor tidying-up tasks. We’re happy to do the dishes, too, but we need 800 dishes piled to the ceiling. We will gladly grab some contractor garbage bags and single-handedly do the five-hour cleanup the morning after a huge party—but don’t ask us to sweep up 14 Cheerios. That’s your job.