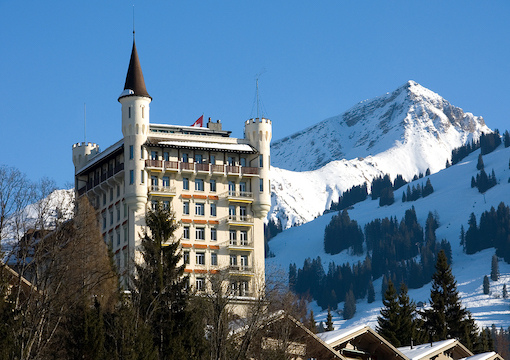 GSTAAD—The French have a saying: “Il n’y a rien de plus bête que le sourire du gagnant”; in other words, gloating is for dummies. Hence I won’t be doing it, despite the drubbing handed to the Bercows of this world by so-called common folk. Mind you, at a lunch in a gentlemen’s club in the Bagel on the very day the drubbing was being administered, an Anglo-American friend, Bartle Bull, asked me what I thought would be the outcome: “Hung Parliament,” answered the great electoral expert, ruining Bartle’s lunch while driving the rest of the guests to more drink.

Three weeks down the road, everything’s hunky-dory, at least for those of us who don’t like to be told what to do by Brussels-based pedophiles, but there I go gloating again. Now back in good old Helvetia, the go-go year of 20-20 has a great sound to it, like a slogan, even better than the roaring twenties of a century ago. Poets will soon be at work, as will spinners of tales and even poor little Greeks like me: “It was the year 20-20, and all through the land, all men had been muzzled, very few left to hang.”

As I write, Harvey Weinstein is going to trial, and my advice is not to bother getting tickets for the circus this spring, just follow the case. There will be more Oscars for some of the accusers than Gone With the Wind received back in 1939. Hooray for Hollywood! And while I’m at it, the real crime is that perpetrated by Cypriot justice on that poor 18-year-old English girl. I’m not crazy about Cypriots or their island—it’s always up for sale, and for the moment Israel owns it until the next suitor comes along. Those Israeli teenagers celebrating at the airport made me feel ashamed to be a male.

Never mind. For a change, I became alcoholically challenged early on New Year’s Eve. (Serendipity is docilely looking out for the odd farmer’s daughter in my cellar and discovering a giant magnum of ’78 Latour.) I had children and grandchildren present, as well as good friends, and it was in my house to boot, so no one was offended until later in the night when I went over to my friend Mick Flick’s double chalet where his great modern-art collection is housed. While my son and son-in-law went artistic on me and played museum types, I tried to pick up a beautiful German lady whose legs make Gisele Bündchen’s look like stumps. Ouch! She turned out to be my host’s squaw, but what’s a tiny misunderstanding among old-time buddies? It was bed around 6 a.m., followed by the predictable Karamazovian you-know-what.

Needless to say, this once-upon-a-time small alpine village was bursting at the seams with ritzy-glitzy tourists who made the place look like Dubai without the skyscrapers. On New Year’s Eve traffic came to a standstill, and driving up to the Palace Hotel was like trying to get out of Da Nang back in April of 1975. The snow came in dribs and drabs, the crowd all at once. I trained like mad during the day but did not go near the slopes. They were full of skiers trying to jump from snowy parts to other snowy patches, the less talented writhing on the grassy, muddy parts. I’m not one of those gullible holier-than-thou pains who moan nonstop about global warming, but looking around, the evidence is undeniable. The little snow on the slopes is man-made.

Gossip about the latest fashion coup or jewel collection had to take a back seat as the news of Gen. Qassem Soleimani’s assassination filtered in. Suddenly the ritzy-glitzy types were concerned. Will there be a war? That question was on everyone’s lips. (Wars tend to interrupt shindigs as deep pockets stay away.) What is extremely frustrating is trying to explain to know-nothings rudimentary facts about the Middle East. No, it wasn’t Trump who started it, it was ignorant but arrogant George W. Bush, brainwashed by the neocons to attack Iraq and the man whose downfall signaled the beginning of ISIS. The compulsive liar Tony Blair is also as guilty as Bush. No, Iran is not expansionist by nature, and its degree of influence over Iraq would have been unimaginable had Saddam stayed in power. No, the Saudis are not our friends; they just pretend to be, but they’re the ones who originally financed the terrorists, and could still be doing it secretly. Sure, Gaddafi was eccentric and a jerk, but he was a pliant dictator and his downfall opened the southern route for the migrant invasion of Europe. No, Assad is not the worst guy in Syria—the U.S.-armed and -financed “moderate rebels” are.

It’s like talking to a 1-year-old baby: hard to get anything across. (Incidentally, I have a 1-year-old grandson, so I see the similarities daily.) Otherwise, the hero of the moment is that Lebanese dwarf who escaped Japanese justice, hero of the ritzy-glitzy types, that is. Carlos Ghosn is a crook, as far as I’m concerned, and I’m one hundred percent behind the Japanese, but then I’m prejudiced. Japan, along with Hungary and Poland, is one of the top three nations on earth. Lebanon comes in just before the last one, Equatorial Guinea. Judge for yourselves. Banzai!