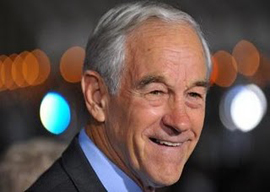 The politicians are beginning to shuffle into place for next year’s presidential contest. (Or out of place: Haley Barbour announced this week that he won’t try for the Republican nomination.) So whom do we have?

We have Barack Obama. I see no sign that anyone in his own party will challenge him. This might change. This time next year, with unemployment at fifty percent, the dollar trading at par with the Laotian kip, and Chinese landing craft coming ashore on Guam, things might be different, but let’s go with what we currently have.

The field to ponder is therefore the GOP presidential field. Herewith some notes:

The National Question. I don’t want to end up having to vote for a candidate who is squishy on the National Question. This primarily involves matters of immigration, citizenship, and border control, but also issues relating to national cohesion”race preferences, multiculturalism, and maintaining English as our single national language.

“Given that the USA will almost certainly face a humongous economic catastrophe in the next five years, who would best be able to cope with it?”

Taking immigration policy as the main index here, it looks as if I’m out of luck. None of the 2012 hopefuls rated by NumbersUSA gets better than a B-minus on immigration, and the median there is a D.

Former New Mexico Governor Gary Johnson hasn’t made it to the NumbersUSA list yet (he only declared last week), but to judge by his National Review interview, he’s an immigration dim bulb who thinks the main problem is that it’s too hard for foreigners to get work visas and that “it’s not a matter of welfare.” (Oh, no?)

Johnson’s published policy statements are even worse than that, calling for “a temporary guest worker program that makes sense.” Hoo-kay, Governor”here are 13 current guest-worker programs, by visa category:

If you throw in borderline categories such as crew members in transit (D visa), religious workers (R), foreign nationals” domestic staff (B-1), media and journalist folk (I), and some others, the count goes over twenty…but let’s settle on those thirteen existing guest-worker visas. What about this list does not make sense?

New Jersey Governor Chris Christie, who hasn’t declared but might yet run, is just as clueless. We need “a path to citizenship,” he says. Yo, Governor: We already have one. I trod it.

Donald Trump throws his hair in the ring. Trump’s come in for a lot of mockery since he announced his run. I just saw Charles Krauthammer sneering at him on the O’Reilly show. “Not a serious candidate….”

When you look at how we’ve been served by people whom Krauthammer presumably considered to have been serious candidates, this doesn’t seem like much of an argument.

There was, for example, the guy who got us into two pointless, endless wars, vastly expanded Medicare when it was already clear entitlements were going to bankrupt us, threw the nation’s borders wide open, and passed the silliest piece of social legislation in the republic’s history. Was he a serious candidate? I don’t recall Krauthammer saying otherwise.

Was Barack Obama a serious candidate in ‘08, with his lengthy and challenging experience of [sound of crickets chirping] and his striking achievements in the field of [more crickets]?