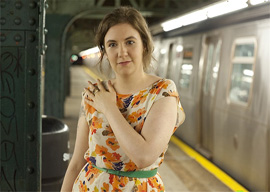 If this isn”t the most easily offended civilization in world history, I’m glad I missed whichever one was worse.

Still, our modern thought police”those prigs and fussbudgets and censors and tattletales and hall monitors and snitches and meddlers and natural-born teacher’s pets”insist that “political correctness” was a brief blip on America’s cultural radar that evaporated sometime in the mid-1990s.

As with everything else, they are wrong.

Whereas PC was still somewhat a fringe phenom in the 1990s, it has become the very fabric of our dying civilization. It is now so pervasive and dominant that it only seems invisible. It has metastasized into the popular narrative and continues expanding with no end in sight.

Never has so much bitterness and hostility been expended in the service of kindness and compassion. Oh, how I loathe the desiccated, humorless souls of the neo-tolerant, those whose endless capacity for getting offended has itself become offensive, who are morally outraged at the mere suggestion that they are absurdly prone to gross public displays of moral outrage. Hear them spout off about their dimly conceived and shabbily articulated notions of human rights, ones that conveniently always seem to trample on the rights of other humans.

One need not try to offend them. Even if you don’t try, they’ll get offended. Even if you make a conscious effort NOT to offend them, they’ll get offended. The very air they breathe offends them. They are offended by everything except their own existence. Look at them whining and whimpering and wailing, curled in a ball at the bottom of the shower, picking at their scabs and pretending to nurse self-inflicted wounds that they never intended to heal.

It almost makes the idea of committing hate crimes against them seem pleasurable, but not for any of the reasons they’d think”not their skin or gender or what they do with their genitals. No, it’s their personalities. It has always been their personalities and their personalities alone. In case I still need to spell it out for you, here’s the problem: T-H-E-I-R P-E-R-S-O-N-A-L-I-T-I-E-S.

A dozen years into the new millennium, our culture has advanced to the point where we are expected to celebrate Chaz Bono’s muttonchops and the fact that she sawed off her bazooms.

They’re not offended that the world is falling apart. That bothers them not a whit. Instead, they shed crocodile tears while Rome burns.

Here are ten egregious examples of political correctness from 2012 which were by turns absurd, dangerous, or both.

SWEDEN DENIES THE EXISTENCE OF GENITALS
Sweden, that Ladies” Paradise where everything is rape, wishes to become a “gender-neutral“ society, which presumably means that all Swedes will be shorn of their genitals, preferably on live television. This insane cultural putsch involves everything from gender-neutral pronouns to gender-neutral bowling and gender-neutral schools where boys and girls are called “friends” rather than “boys” and “girls.” Even their toys are becoming gender-neutral. Give it twenty years and expect a monster wave of incredibly messed-up young Swedish adults.

OLYMPIC ATHLETES GET BANNED FOR THEIR GROSSLY INSENSITIVE TWEETS
The blonde and lithe Greek triple jumper Voula Papachristou was barred from triple-jumping at the London Games due to a “racist Tweet“ that to me seemed more insulting toward mosquitoes than Africans. Days later, Swiss soccer player Michel Morganella was banished from the Games after calling South Koreans a “bunch of mongoloids,” which was clearly intended to hurt the feelings of people from Mongolia.