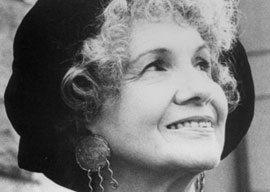 “Tis the season of reminiscence and prognostication. Let’s get the future out of the way first.

I”ve made the same three predictions every January for the last thirty years:

1. Margaret Atwood will win the Nobel Prize in Literature;
2. Plastic surgeons will perfect “hand lifts” to accommodate aging boomers” boundless vanity;
3. Some iteration of the Sex Pistols will sign a multi-million-dollar contract with a Las Vegas casino.

Alas, Atwood’s fellow (“sister”?) Canadian, Alice Munro, took the Nobel this year, which likely puts any other Canuck out of the running during my lifetime, let alone Atwood’s.

Speaking of old hippies: Despite advances in cosmetic procedures to rejuvenate every other body part (including this year’s trendy bit“the wilting vagina), les soixante-huitards are stuck with their veiny “Madonna mitts,” as Brits call those (you’re almost) dead giveaways.

“I know I”m supposed to care about the goings-on in foreign lands, but I don”t even know who else lives on my condo floor.”

Now, I’m morbidly obsessed with growing older myself. However, my fixations range beyond my mirror and my closet, although not much farther. Like astrologers of nostalgia, my Gen X friends and I obsessively monitor the pop-culture constellations under which we were born and which influence our moods to this day:

Did you just see that TV commercial using “Sonic Reducer,” or am I having a waking nightmare?

A musical version of Heathers? How can we stop this?

And”Gavin McInnes may back me up“the hands-down worst such supernova of 2013 has to be the Urban Outfitters $375 “punk” jacket that brain-raped untold forty-somethings last September like some sartorial Richard Speck.

So yes, one of my biggest existential fears is that “Pretty Vacant” might start blasting out of the Bellagio. “First World problems,” the kids call them. I don’t live in the Philippines, for one thing, where a typhoon wiped out thousands of rich white people’s future servants.

I know I’m supposed to care about the goings-on in foreign lands, but I don’t even know who else lives on my condo floor. (“That scary Russian” and “the chick with two cats” is as far as I’ve gotten after seven years.)

The only such news that really grabbed me is that China and Iran both have space programs now. Contrary to popular belief, that’s good news: It probably means these two widely feared bogeymen are in fact disintegrating. After all, the case could be made that America reached its apogee on July 20, 1969. We rightly blame hippies and commies for gutting America during the 1960s, but decadence, hubris, and perversion can take many forms. Like, for instance, wasting billions of dollars to spend a few days visiting a giant vacant rock in the sky just to show off.

Speaking of American decline, Obamacare (sort of) launched this year, and its only success to date has been making Canada’s “free” “health” “care” system look good.