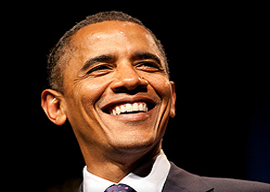 Lord Acton’s famous maxim that “Power tends to corrupt, and absolute power corrupts absolutely” is such a nakedly accurate observation of human nature that one might assume no one ever needed to articulate it, much less keep reminding anyone about it.

But a cornerstone of the Grand Leftist Delusion is the notion that when you give human beings the power to legally extort a significant chunk of other human beings’ productive income, this will bring out their best behavior rather than their worst.

In February, a former Nigerian Foreign Affairs Minister eloquently lamented the widespread corruption in his country and elsewhere:

[N]ow there are no more values to hold on to. Parents not only encourage their children to beat the system, they aid and abet the children in the nefarious activities. No one believes anymore in the concept of society. It is every man for himself and God for us all….In my youth, to be accused of theft or any other criminal offence was tantamount to being banished from society, not only for the accused but for his entire family. To be convicted was tantamount to suicide….But now, no one asks for the source of wealth. People in jail, accused of murder, run for and win elections.

We’re only 61 days into the year 2013, but unlike demonstrated shortages of revenue, brain power, and basic dignity, the world suffers no lack of political corruption. Here’s what’s happened so far this year.

SOUTH AFRICA“Hilton Botha, lead detective in the Oscar Pistorius murder investigation, was taken off the case after it was revealed he faced seven attempted-murder charges “for opening fire on a minibus full of passengers.” The South African Police Service is alleged to have killed over 500 citizens from 2009-2010. A recent scandal involves South African police killing a criminal suspect by tying him to the back of a van and dragging him.

WASHINGTON, DC“Chuck Todd of MSNBC, a network whose nose is buried so far up Barack Obama’s posterior that its face sticks out through his mouth, said “this just looks bad“ after it emerged that Obama’s “dark money group” Organizing for Action was basically “selling access” to the White House by arranging for quarterly meetings between Obama and any group member who donated $500,000 or more.

EGYPT“A judge reviewing a corruption case against a former presidential candidate was in turn accused of bribery and profiteering.