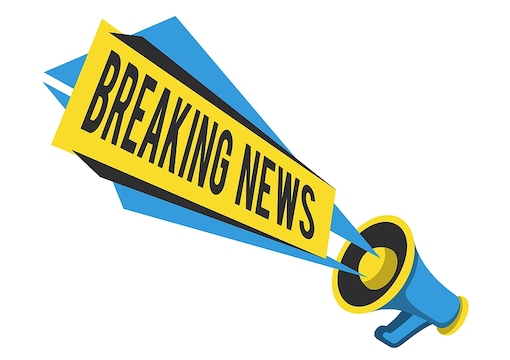 This is the only “So Long, 2022!” column you need to read. I combed The New York Times‘ archives for all the pivotal moments.

It turns out that 2022 was a MAJOR year for firsts. True, other years had their noteworthy events — the first flight, the first man to walk on the moon, the first iPhone and so on. But step aside, 1903, 1969 and 2007! This past year was a goldmine of firsts. Below are just some of the epochal moments registered by the newspaper of broken record.

“The Times neglected to mention that Minnesota also boasts of the first member of Congress who married her own brother.”

Boise, Idaho, held a special parade to mark the occasion!

February 13: Erin Jackson wins gold in the 500 meters, “becoming the first African American woman to win a medal” in speedskating.

If this historic trend continues, could we one day see a black man in the NBA?

Just think of how much history we have to look forward to — the first Mauritian to headline MSG, the first Gambian to headline MSG. (There are unconfirmed rumors that a Djiboutian may have played cymbals at the Blue Note once, but apparently that moment was lost to history.)

March 6: Memoirist Silvia Vasquez-Lavado is “the first openly gay woman to complete the Seven Summits and the first Peruvian woman to summit Everest.”

She practiced by hiking up the remains of Peru’s mass child sacrifice — believed to the largest in the world!

March 17: “[Lia] Thomas, who competes for the University of Pennsylvania, became the first openly transgender woman to win an NCAA swimming championship.”

Now that Thomas has definitively proved that people born with vaginas cannot hold a candle to people born with penises in physical strength, please don’t tell me we’re going to have to rethink girl firemen?

A sentence that CANNOT BE SPOKEN in Florida, thanks to Ron Death-Santis’ “Don’t Say ‘Gay'” law that never uses the word “gay.”

And thank God the Times has rid itself of those nonentities, Donald McNeil, Bari Weiss and James Bennet.

April 29: “[Maye Quade] had been seeking to become the first Black woman and first openly gay woman elected to the State Senate in Minnesota.”

The Times neglected to mention that Minnesota also boasts of the first member of Congress who married her own brother.

May 5: “Ms. [Karine] Jean-Pierre, who will succeed Jen Psaki, will be the first Black woman and the first openly gay person to serve in the role.”

Biden delighted his base with the first black lesbian press secretary. But in a bow to tradition, she IS a complete moron.

May 9: “L Morgan Lee made theater history on Monday, becoming what production officials described as the first openly transgender performer to be nominated for a Tony Award for her performance as a featured actress.”

In this one case, the Times returned to the anachronistic, misogynistic word “actress” in lieu of “actor.”

… between bites of succulent roasted pig and sips of a fine French wine with a piquant floral bouquet at the French Laundry restaurant.

And no one knows ice hockey like San Jose!

July 8: “Black Woman Named President of Raiders In a First for the N.F.L.”

Well, “black” under the one-drop rule, in view of her Korean mother.

Also the first openly gay athlete to take precedence over a former U.S. Marine in a prisoner exchange with Russia!

And she did it by being the only person in the country who met Biden’s three exacting requirements: 1) Must be black; 2) must be a woman and 3) That’s about it.

August 28: “Serbia’s prime minister, Ana Brnabic … is the first woman and first openly gay person to hold that position in the country.”

Yeah, they saw what happened when American gays turned against Russia.

September 10: “[Ons Jabeur of Tunisia] could become the first African woman to win the U.S. Open.”

Jabeur lost to Iga Swiatek from Poland (BO-ring!), who beat her in straight sets in the women’s final — but still.

September 27: Lizzo, the Black rapper, was the first to play a “200-year-old crystal flute that a French craftsman and clockmaker had made for President James Madison in 1813.” Serendipitously, she had been handed the flute by Carla D. Hayden, “the first African American and first woman to lead the Library of Congress.”

The moment was not sullied by anyone knowing who James Madison was because, luckily, all his busts and statues have been torn down.

For some reason, the Times minimized this achievement by headlining the piece: “‘Bros’ Fails at the Box Office …” — as if that matters to history!

Do any athletes who were born female bother competing in the “nonbinary” category? Can we get back to the question of girl cops and girl firemen now?

November 20: Actor Kumail Nanjiani pointed out to the Times — as if it didn’t already know! — that he was “the first South Asian superhero [in a Marvel movie, ‘Eternals’].”

In other 2022 news, “‘Eternals’ Leaves Theaters With 2nd-Worst Domestic Performance in MCU History.”

The November elections was a cornucopia of firsts for the Times! Take a deep breath —

“The first Black governor of Maryland, the first woman elected to the Senate from Alabama and the first openly transgender state legislator in Montana …

“The first transgender man elected to a state legislature. …

“The first woman and the first L.G.B.T.Q. person elected to Congress from Vermont …

“The first transgender person elected to the Minnesota Legislature …

“The first Black woman elected to Congress from [Pennsylvania] …”

Condi Rice still awaits the Times noticing that she was the nation’s first black female secretary of state.

On the other hand, he tried to enforce the border, so naturally Biden had no choice but to fire him.

December 5: Emma Corrin was “the first nonbinary star to appear on the cover [of Vogue].”

It’s outrageous that some people want to split hairs by arguing she’s actually a nonbinary nonstar.

I wonder if his nonbinary status cost the author of “Mein Kampf” that distinction.

December 25: “Adrienne Adams is the first-ever Black [New York City] Council speaker, a majority of those serving are women and the Council has its first South Asian members.”