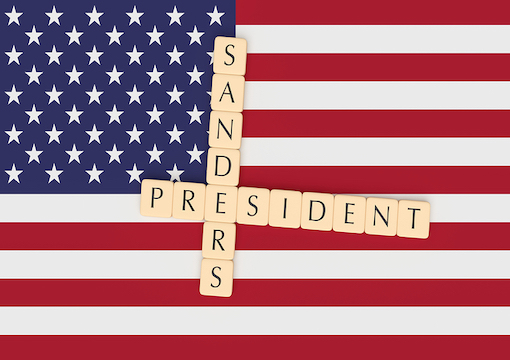 The directed killing of Gen. Qassem Soleimani, Iran’s blood-soaked field marshal in the “forever war” of the Middle East, has begun to roil the politics of both the region and the USA.

A stunned and shaken Iran retaliated by firing a dozen missiles at two U.S. bases in Iraq. Yet, before launching the attack, Iran signaled that its retaliation would be strictly proportionate, to avoid an escalation.

U.S. forces were warned where the missiles would hit. Result: zero U.S. casualties in the two strikes.

Hours after the Iranian missiles hit the U.S. bases, however, an apparently panicked Iranian officer at an air defense missile battery launched and shot down a Ukrainian airliner leaving Tehran airport with 176 people aboard.

For days, the ayatollah indicated he did not know the cause of the disaster had been one of Iran’s own surface-to-air missiles.

Thus, while hundreds of thousands had been marching last week in nationalist solidarity to honor the dead general, today, thousands of Iranians are marching against the ayatollah, accusing his regime of having known the truth and lied to the nation.

In Iraq, a nonbinding vote has been taken in parliament to demand a full U.S. military withdrawal from Iraq for the execution of Soleimani. President Donald Trump is threatening the Iraqis with sanctions if Baghdad follows through and expels the 5,200 U.S. troops still there.

“Here, the political fallout from the execution of Soleimani has only just begun.”

NATO allies with units in Iraq are silently seething, as they received no warning we were about to take down the general.

Here, the political fallout from the execution of Soleimani has only just begun.

Democrats, after denouncing Soleimani as a war criminal and serial killer of American soldiers, are accusing Trump of carrying out, without the consent of Congress, a premeditated act of war on a nation on which Congress hasn’t authorized war.

Trump’s claim that the general had to be taken down to abort an “imminent” attack on Americans, including attacks on not one but four U.S. embassies, is being derided. The justice of killing the general seems less the issue now than the wisdom of the act, and a storm is brewing over whether Trump and his aides have been dissembling.

Nancy Pelosi has already pushed through the House a nonbinding resolution asserting that Trump has no authority to carry out acts of war against Iran without Congress’ consent. Rep. Matt Gaetz, a Trump supporter from Florida, stunned the president by voting for the Pelosi resolution.

Sen. Mike Lee broke with Trump to denounce the briefing that Congress received, about attacks on Americans being imminent, as both contemptuous and the worst briefing he ever had.

The general may have gotten the justice he deserved in that SUV departing Baghdad airport, but the unintended consequences of his execution are now coming in.

Trump has elevated the Middle East wars as a major issue in 2020, not his strong suit. For, as the military says, “The enemy gets a vote!” as to how much blood, including American blood, will be shed in 2020.

Also, by sending the 82nd Airborne to Kuwait and Iraq, Trump underscored the truth: We are still mired in the “endless wars” of the Middle East despite his promise to extricate us.

Fractures have appeared in the conservative-populist coalition that put Trump in office. War Party interventionists, who have long sought to have the United States do to Iran what Bush 43 did to Iraq, are exhilarated by what they believe the Soleimani killing portends — an inevitable war with Iran.

Trump has also energized the anti-war majority in the Democratic Party, specifically the candidacy of Bernie Sanders, whose anti-war and anti-interventionist credentials are as long-standing and solid as is his fidelity to socialism.

Sanders voted against both the Bush II Iraq War that Sen. Joe Biden voted to support, and George H.W. Bush’s Desert Storm expulsion of the Iraqi army from Kuwait.

With the killing of the general and the possibility of a U.S.-Iran war rising, Bernie is the Democratic candidate whose anti-war credentials are the longest and strongest and whose position of avoiding war with Iran is most in sync with the majority of the party he seeks to lead.

Sanders could ride anti-war sentiment to victory in Iowa and New Hampshire and have the wind behind him going into South Carolina and Super Tuesday.

His socialism may be a bridge too far for most Americans, and an insuperable obstacle to his ever becoming president, but should he win the nomination, he could occupy in 2020 the space Trump occupied in 2016, as the anti-interventionist, anti-war candidate.

And if Bernie ran a “Come Home, America” campaign, half a century after the slogan’s author, George McGovern, lost in history’s largest landslide, Sanders could change the face and future of American politics.