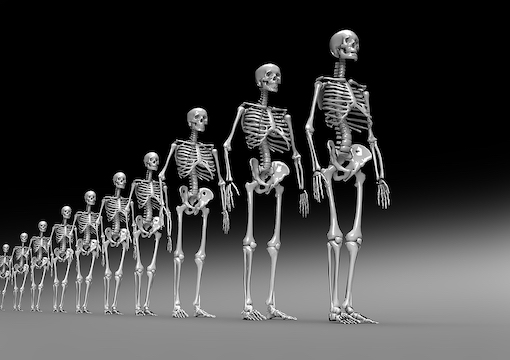 NEW YORK—Orthodox Easter Sunday came late in May this year, and I spent it at an old friend’s Fifth Avenue home chatting with his young relatives. During a great lunch I thought of those calendar pages one sees furiously turning while denoting the passing years in old black-and-white flicks. Basically it was the three generations present that brought on these reflections. My host George Livanos and I have been friends since 1957, and he and his wife, Lita, have five children and fifteen grandchildren. Mind you, not all of them were present, but there were enough youngsters to remind one of the ballroom scene of The Leopard, when the Prince of Salina watches the younger generation with pride but also with sadness at having grown old.

Old age for me is like being on death row albeit without having to spend time in a cell. Mind you, I kept such profundities to myself in view of the youth surrounding me. The young don’t think about the man in the white suit, except perhaps where rock stars are concerned. Back in the good old days, rock stars enjoyed the mortality of mayflies, but like everyone else, they now live to a very ripe old age. Unless one has spent their life immured in a Tibetan monastery, they must know that the wrinkly Rolling Stone Mick Jagger has unnaturally reached the age of 112. It is an insult to rock, let alone to those stars who died young, to have lived so long. All living Beatles and Rolling Stones are included on the list of shame. And what about my fellow Pug, Bob Geldof? Most are fooled by his looks—ravaged, tortured, cursing—but Bob is a very happily married fellow of 107. To think Mozart never made it to 35, Chopin to 39, F. Scott Fitzgerald to 44, Papa Hemingway to 61, it’s unbelievable that Paul McCartney has reached 121 years.

“Old age for me is like being on death row albeit without having to spend time in a cell.”

Some say it’s the water, others think it’s the diet, but whatever their secrets, it’s still disgraceful as hell. Rock stars should die young and have a good-looking corpse, as they used to say in long-ago Manhattan melodramas. Freddy Mercury showed the way, as did Jim Morrison, Elvis, Janis Joplin, Amy Winehouse, and that poor Buddy Holly, dead at 22, and the Big Bopper. I could go on. The Pugs Club commodore, Roger Taylor of Queen, was the youngest drummer boy in a battle that took place on June 18, 1815, outside Brussels, and he’s still merrily cruising in his newly acquired 400-foot sailing boat. But enough about the man in white, who I must admit has been on my mind more than once of late.

During the Easter lunch, one of the youngsters mentioned the fact that he had just driven by Montecito, where Prince Halfwit and his 72-year-old bride (the woman who mistook The Mall for Rodeo Drive) reside. Echoing Gertrude Stein, he said there was no there, there. I believe him. Montecito is what is known as a drive-by place, with no soul or beauty to it. But who am I to worry about crappy places like Montecito? It’s full of old folk with plenty of moola but no brains. Hollywood is down the road a bit, where once upon a time stars exited early on. The greatest screen lover of the time, Rudolph Valentino, died age 31, while the blond bombshell Jean Harlow left us at 26. The great Gary Cooper, whose quiet manner and dignified behavior hid the fact that no female got past him, never made it to 60. My choice for No. 1 and a very elder statesman among thespians, William Holden, was barely 63 when he died alone and drunk in his house. James Dean was in his 20s when he crashed his Porsche, and the divine Errol Flynn, as terrific an athlete as he was a seducer, never reached 50. The man who first made movies great, Irving Thalberg, hubby of Norma Shearer, met the man in white at 37, while the King, Clark Gable, died at 59 from a massive heart attack after the exertions of roping a horse in the film The Misfits. I could go on.

Mind you, I’m no one to talk. I am complaining about rock stars living to a ripe old age, and forgetting that the greatest Greek writer since Homer should have cashed his chips in long ago. So I will come clean. I was born in 490 BC, so when the battle of Thermopylae began in 480 I was 10 years old and already schooled to fight dirty and to the end. But my Spartan mother, a friend of King Leonidas, begged him to leave me behind. I had volunteered to be a messenger but the King ruled against it. To be a Spartan after the gallant 300 had died was a great shame to a man. I felt like a coward and took up drink and chasing women. I exorcised some of the survival guilt by fighting against the Athenians for ten years, but it was never enough. Bob Geldof, who was judged too old to fight during the Irish uprising of 1916, never lets me forget it. I say to hell with him and the rest of you youngsters.