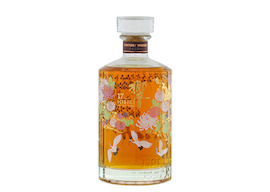 PHILADELPHIA—Lately I’ve been performing in the state that went to war over whiskey—the Whiskey Rebellion lasted longer than World War II and had several Barley Malt Martyrs—and frankly I don’t like the way they’re honoring their heritage.

In Philadelphia I was offered a local rye called New Liberty, distilled in a “historic building” in a “vibrant neighborhood” called “Olde Kensington”—in other words, North Philly—and it came in a bottle that looked like a calligrapher had thrown up on it and the art director for Mutiny on the Bounty had spent several years designing a cork that looks like you’re about to toss the whole thing into the Sargasso Sea with a message inside that says “Shipwrecked. Send Robert Louis Stevenson.”

In Pittsburgh I’ve had similar experiences. They have a Wigle Whiskey that’s distilled seven blocks from that famous diner where they make the sandwiches with the french fries inside the bread, and you would think they know what they’re doing since Wigle refers to Philip Wigle, the whiskey patriot sentenced to death by hanging in the actual Whiskey Rebellion. Unfortunately, Wigle Whiskey dates not to 1791, the year the war broke out, but to 2012, the year they also designed a what-the-fuck bottle, but in Pittsburgh’s case it looks like a fruity protein drink that’s been fattened up with pastel steroids.

This kind of whiskey-bottle performance art is apparently thriving all over the country, including Tennessee, home of the sacred drink of Texas—Jack Daniel’s—an aqua vitae so enshrined in lore and legend that there are actual rules for what qualifies as “Tennessee water.” Every year I go to Tennessee for the Chattanooga Film Festival, and every year somebody will rave about the Chattanooga Whiskey Co. (they don’t spell out “company” lest they be contemporary), whose products are “1816 Reserve” and “1816 Cask,” sold in squat 375-milliliter bottles (in other words, half the size of the divine standard for whiskey) so that you won’t realize that the $47 charge on your Discover card means the whiskey would actually cost $94 if they were giving you a fair pour. Once again there’s a faux connection to nonexistent history, with the “1816” implying that the contents of the bottle have some relation to the trading post on the Tennessee River established in the year of Chattanooga’s founding. The distillery actually dates from 2015.

“May the Whiskey Weenies forever enjoy their pastel bottles and their T-shirts. Just don’t make me deal with it.”

Okay, I’m not quite ready to use the H-word, but let me make a few observations.

Numero Uno: Even though all these distilleries are proud of “going local,” none of them use the water that’s just a few feet away from their gift shops and tasting rooms. This is probably because making whiskey out of the water in the Schuylkill or the Allegheny River would test the gag reflexes of fancy bottle collectors throughout the Midwest. But isn’t the whole point of making good whiskey to put your still as close to the best water as possible, even if that water is 6,000 feet up in the Smokies? There’s a reason there are 17,000 distilleries in Speyside, and they all involve the quality of the extremely cold fast-running water in the River Spey, which gushes out of the Scottish Highlands and flows north into the Moray Firth. Glenfiddich didn’t position its distillery to maximize walk-in customers in Dufftown, if you know what I mean and I think you do.

They don’t have barrelhouses in “Olde Kensington” or the downtown Pittsburgh arts district.

Why does this matter? Because, to use one example, it’s said that Jimmy Russell, the master distiller for the past sixty years at Wild Turkey, can walk into any one of those rickhouses up on the hills beside the Kentucky River in Lawrenceburg, point at a particular barrel on any given rack level, and say, “You need to do a half turn on this one every six months because it gets morning sun and has slightly higher humidity than the ones at ground level.”

Yes, I get it. Artisanal craft bourbon, or whatever the heck they’re making in these Riverplace Courtyard-on-the-Square tourism centers, is all about “small batches” and “local sourcing” and “experimental distilling,” but isn’t that something you should spend, oh, thirty years on before you start selling to the public? The reason it’s called moonshine is that some guy in the Lowlands of Scotland, 300 years ago, was working all through the night, every night of his life, trying to figure out where the best water was, whether it was better to triple-distill or quintuple-distill, which grains to blend with the barley, how fast to convert the barley into malt, and all the other 9,000 decisions involved in perfecting the mash. There are aspects to this process that can’t be gleaned from a course at Chico State, a YouTube video, an internet “Introduction to Distilling” class, or advice from a consultant from the Wharton School telling you what colors to put on the label.

Now. I can hear the howls of anguished post-millennial protest rising up out of the bodegas of Brooklyn and the fern bars of West Hollywood:

No, they did not do the same thing.

Yes, it’s true that the Scots have had their panties in a bunch for the past fifteen years, ever since the Japanese started winning all the blind-taste international competitions for Scotch. In fact, they got so upset that in 2009 they passed actual laws stating that Scotch can only be made in Scotland. All the craft-whiskey guys in the United States use this as evidence that all you have to do is order some copper tubing from Amazon and find some warehouse space down by the old factory, and next year you’ll be pumping out “Olde Akron Master Blend” and shipping it to discos in Vancouver.

But what happened in Japan is the opposite of that. Masataka Taketsuru moved to Scotland a hundred years ago, took a degree in organic chemistry at the University of Glasgow, and spent several years as an apprentice at a distillery in Campbeltown—about as old-school as you can get—before going back to Japan and helping Suntory distill the first Japanese whisky in 1924. The Suntory distillery was built in Yamazaki, a suburb of Kyoto, for only one reason: the quality of the water, previously established by a tea master who built his tearoom there.

A decade later Taketsuru built the Nikka distillery on Hokkaido, the coldest part of Japan, in an effort to perfectly reproduce the conditions in Scotland. And for the rest of the 20th century, Suntory and Nikka perfected whiskies for the Japanese—Bill Murray is filming a Suntory commercial in Lost in Translation—until somehow the word got out. It’s Suntory that has won most of the international awards, but it was Nikka that started it all in 2001 when its 10-year single malt won “Best of the Best” from Whisky magazine. Then it all came full circle in 1989 when Nikka saved the legendary Ben Nevis distillery from bankruptcy. The overnight miracle of Japanese whisky required a full century of monkeying around with the malt and the still.

By the way, both the Scots and the Japanese are ridiculous when it comes to the two most prized Japanese whiskies, Yamazaki and Yoichi. Scots refuse to drink it, or even taste it. And 90 percent of the Japanese public waters it down by mixing it into fruity highballs. The great single malts and blends from Japan are mostly appreciated by Americans.

But not the Americans down at the Riverplace Courtyard-on-the-Square “craft bourbon” gift shop.

No, as you can see—need I say it?—those are out-of-control navel-gazing hipsters who apparently found out last year about this cool thing called whiskey. Suntory, on the other hand, celebrated its recent successes by traveling to the banks of Long Lick Creek, in Clermont, Kentucky, to buy all the assets of Jim Beam, which uses a recipe originating in 1795.

And that’s fine with me. May the Whiskey Weenies forever enjoy their pastel bottles and their T-shirts. Just don’t make me deal with it. When I come to your city, please just pour me a Macallan 15. Neat.