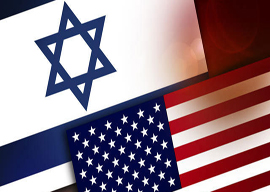 With the 9/11 anniversary upon us once again, Middle East expert Robert Fisk in Beirut has written an instructive article about our predicament. He says that we have lied to ourselves for 10 years to avoid asking the one real question: Why did it happen? Without motive, there would have been no attack.

Fisk says we’ve been lying to ourselves about the motive, but the reality is a little different. We have been constantly misinformed and misled. We are on the receiving end. We have swallowed the lies. How could we be so naive?

Some of us have taken the route of avoidance, saying, “Hey, I don’t give a damn about the Middle East and those people—why should I?” But what happens out there is affecting us back here. What our leaders do in the Middle East has dramatic, adverse repercussions on the home front.

“Thanks to 9/11, America was railroaded into invading Iraq. That invasion was based upon a mountain of mendacious propaganda produced for Americans by their own government.”

In CIA parlance, what happened on 9/11 ten years ago is called “blowback,” the unforeseen or at least unintended consequences of US foreign-policy decisions. It would be wise to understand what Washington, in all its glorious malfeasance, has been doing in our name in the greater Middle East.

I don’t think we are in any real external danger from “the Muslims” or “the Arabs” or anyone else. Rather, I believe we have put ourselves in harm’s way. We—meaning the average citizens—are not directly responsible. We are only along for the ride. We are almost irrelevant. It is Washington’s policymakers who have done it. They have created danger where there was none before. But we have allowed them to do it.

The average American is far too trusting of official explanations. We have swallowed their bilge and failed to take action to prevent them—be they named Clinton, Bush, or Obama—from pursuing self-destructive and counterproductive initiatives. So we suffer the consequences.

The US has been meddling militarily in foreign affairs at least since 1917 with Woodrow Wilson’s entry into the Great War. For us, the most horrific and visible consequence of Washington’s mischief-making has been 9/11. Like the surprise attack on Pearl Harbor in 1941, the 9/11 atrocity was the direct result of an errant, incendiary US foreign policy, sold to the American people as something entirely different.