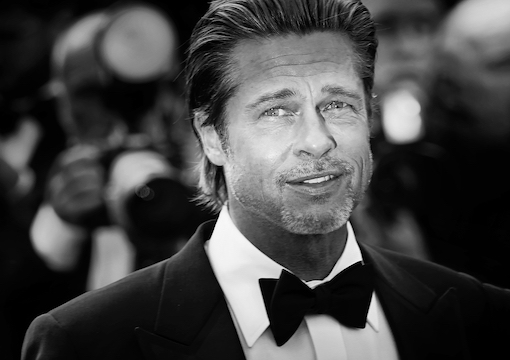 GSTAAD—Lenin Moreno is in trouble despite his very unchristian first name. For any of you unfamiliar with him, Señor Moreno is the president of Ecuador, a tiny South American country that I like very much because if you’ve met an Ecuadorean man, you’ve met them all: There are 16 million Ecuadoreans, and 8 million of them, the men, all look like identical twins. One of my closest friends on the tennis circuit back in the late ’50s/early ’60s was Guillermo Zuleta, an Ecuadorean, who was the color of copper and could run all day, all night, 48 hours straight as long as he was chasing a tennis ball. Those were not color-blind days, and I remember one time, while watching Guillermo playing a match, an Australian lady expressed outrage at the fact that Zuleta had a very pretty blond girlfriend pining away at the side. “What does she see in him?” “Well,” I told her, “if you care to sneak into the locker-room shower after the match, I’ll point it out—not that you can miss it.”

Zuleta almost brought me to tears when he and his partner Guzman beat the big, bad Yankees at the Davis Cup, back when the Yankees were a superpower. (And the Davis Cup was the No. 1 prize in tennis.) They played in Quito, the capital, and the powers that be promised Zuleta’s father a peanut concession outside the football stadium if he beat the hated gringos. I think he ran something like 250 miles in two singles and a doubles, and Ecuador won 3–2. When I asked Barry McKay, a top player, what had happened, he said it was like being in a bullring, with people throwing pennies and screaming their heads off as he looked up to hit an overhead. Although they were and are dirt-poor, the Ecuadoreans threw their last pennies onto the court in order to ensure victory. It’s called patriotism, not nationalism.

“Would you slap Brad as hard as you would slap Harvey if both goosed you on the dance floor?”

I say all this because now president Lenin Moreno is in deep doo-doo. Les girls are Orlando Furiosos and want to make him a soprano. He said that women complain about sexual harassment only when harassed by someone ugly. He has apologized—as is the way nowadays—after expressing a certain truth. No dice. The girls are mad and they will not take it anymore. So, always in search of the truth for the dear old Speccie, I went up and down this alpine village and also visited the nightclub up at the Palace hotel looking to interview members of the fairer sex about Lenin’s remarks. “Who the f— is Lenin?” was the first answer I got after asking a young woman drinking a martini at the Palace bar. Most of the women around Gstaad have never been accused of being intellectuals, yet the place draws them like you-know-what draws flies. But it could also be because of the mature men who frequent the Alps for the scenery. Some have even been known to ski, but not too fast.

The next lady I asked was more forthcoming: “Would you feel harassed if Brad Pitt stroked your backside uninvited?” “Actually, he can stroke it anytime,” said the 50-year-old, “but why would he want an old bag like me?” I congratulated her for her candor and honesty, and then asked if she would react the same way if Harvey Weinstein did the same. “Not in a hundred f—ing years,” came the answer.

This broadened my quest. I stopped women in the halls and in the nightclub and posed the following question: Would you slap Brad as hard as you would slap Harvey if both goosed you on the dance floor? Most women answered by telling me to go reproduce myself, but when I produced my notebook and pretended to write down their answer they asked whom I was doing this for. My reply was Screw magazine, now defunct, as is its owner, Al Goldstein.

Yet this poses a serious question. What Lenin Moreno said was out of line—or so my wife and daughter tell me—but what he meant, I am sure, is what has taken me all these words to say: Brad Pitt can get away with touching whereas Harvey Weinstein cannot. Is this true? I am not a woman so I cannot answer, but what I can definitely state is that if Helen of Troy was ugly, we Greeks would not have gone to war for ten years to get her back. Mind you, women know better. John Wilkes insisted that thirty minutes alone with a lady overcame his ugliness and he would prevail over any far better-looking rival. He was right. Women prefer brains and charm to looks. Men are dummkopfs and will take skin-deep beauty every time.

The great seducers were mostly ugly, men like Casanova, Talleyrand, Louis XIV, D’Annunzio, and so on. Power, of course, had something to do with it also. Errol Flynn and Gianni Agnelli were two very good-looking men who got lucky a lot, but most male lookers do not rank up high. That’s because women want something more than looks, and when it’s not brains, power will do nicely, thank you. So, this is for you ladies: Next time Brad Pitt comes around and acts inappropriately, slap him rather hard—if he makes a pass, that is. Harvey will not be coming around for some time, so forget about him.