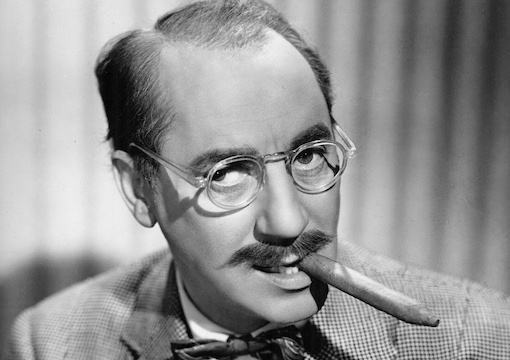 One hundred years ago, a down-in-the-dumps Joseph Roth wrote to Stefan Zweig, “The barbarians have taken over.” Later on Roth committed suicide, as did Zweig, both talented writers depressed about the state of the world. Reading their correspondence last week, I had to laugh. Neither Roth nor Zweig had experienced Hollywood, and obviously would have killed themselves much earlier had they known the place and its values. Which brings me to what everyone is still talking about nowadays, how a trained seal smacked another seal half its size during the Academy Awards. It was done in order to protect his wife from the barbs of the smaller one, although in my experience, whenever one is so savagely protective of his woman, more often than not it is because he has such a slender hold on her.

It’s also Hollywood at its best. One kicks downward and bootlicks upward. And what did we really expect? A Talleyrand-like bow to Napoleon after the emperor angrily called his foreign secretary “a shit in a silk stocking”? That would have been a bit out of character for a bum like the smacker. He later got a standing ovation for winning an Oscar, but he would have had the ovation much earlier if the recipient of the smack had been white.

“Whenever one is so savagely protective of his woman, more often than not it is because he has such a slender hold on her.”

Never mind. Wit and a devastating retort cannot be easily produced by those who only know how to read a teleprompter. When the Earl of Sandwich, speaking in Parliament, told John Wilkes that the latter would either die in the gallows or by the pox, Wilkes politely responded that it depended on whether he would embrace the earl’s politics or his mistress.

Voltaire was once rhapsodizing about a certain critic but was informed by a friend that the critic had just called Voltaire the biggest fraud in France. “We’re both wrong,” said the great man. Noël Coward was a very witty and civilized man who was once rudely addressed by a ruffian in Las Vegas as follows: “Where’s de toilet?” “Go to the end of the room,” answered Sir Noël, “turn left, and you will see a sign saying ‘gentlemen.’ Ignore it, and go right through.”

Sir Noël got off second-best when upon meeting the writer Edna Ferber discovered they were both wearing double-breasted suits. “You almost look like a man,” said Noël. “As do you,” answered Edna. The one I like best had to do with playwright Marc Connelly, a member of the Algonquin Round Table and an affable man who liked a drink or two. During one of those interminable drunken lunches in the company of Dorothy Parker and Robert Benchley, a man passed by the table and stroked Connelly’s bald head. “It feels like my wife’s behind,” said the man. “Why, so it does,” answered Connelly.

Groucho Marx is of course the master of the smart-aleck answer, but was out of character when he wrote to the members’ committee of a Los Angeles club that had just refused his membership. Groucho suspected his Jewish religion had something to do with it. In the letter he stated that the reason he wished to join was for his daughter to be able to use the swimming pool. “She is only half-Jewish,” wrote Groucho, “so perhaps you will reconsider if she only uses the shallow half of the pool.”

At the height of the Russian oligarch invasion a few years back, the great “Brute” Anderson wrote, “The Russian invasion of Europe makes a moral case for the Soviet Union.” I particularly liked that because in the good old days of the Cold War the only Russians I knew were diplomats, and very polite they were, too. And speaking of diplomats, what I’m about to recount happened when I was 19 and in the company of my great friend Yanni Zographos. It is diplomacy at its best.

Having attended a party in Athens where we were told by our hostess to behave, Yanni proceeded to drink too much and consume, on a bet, fourteen tiny chickens. Not feeling his best, we then decided on our way to a nightclub to stop at an outdoor movie theater and watch 30 Seconds Over Tokyo, starring Spencer Tracy and Van Johnson. We ordered some light refreshments, which were back then served on wonderful marble tables. As the American planes approached their targets, Yanni readied himself because he was ready to explode. When Van Johnson gave the order to bomb away, Yanni let go probably the loudest fart ever. Fortunately the bombs falling on poor Tokyo muffled Yanni’s bombs, except that the olfactory nerves of a gentleman seated right behind him took the full force of fourteen tiny rotting chickens in his stomach. “Merde, ils ont bombardé les chiottes,” cried the gent, holding his nose, and everyone in the vicinity collapsed laughing. (“Holy s—, they hit the public toilets.”) There is more to the story because the man who made everyone laugh turned out to be a French diplomat who knew both my friend and myself, and the story made the rounds. But it shows how witty a response it was to a gross act, one that Yanni apologized for for the rest of his life every time we met the diplomat. As I’ve said before, those were the days.