A Lockdown Line in the Sand 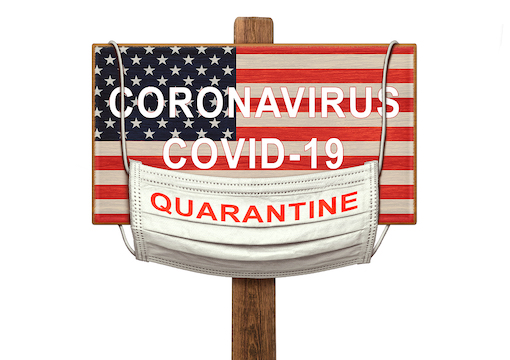 In May 1940, Hitler and Himmler were having one of their little slumber-party bull sessions, exchanging gossipy notes like schoolgirls. Himmler gave his Führer a memo titled “Treatment of Alien Races in the East” (“like, errmagerd, those Kashubs are so gross!”). The gist of the memo was that under German control, the ethnic minorities of the Eastern territories will be kept subservient, uneducated, and supervised. Jews will be expelled and “the ethnic concepts of Ukrainians, Gorals and Lemcos will disappear” by nonlethal means, because Himmler dismissed the notion of “physical extermination” as “un-German and Bolshevist.”

Hitler replied that Himmler’s take on the situation was “very good and correct.”

The H Twins recognized “physical extermination” as a taboo, a line that shouldn’t be crossed. Stalin had crossed that line, and no one wants to be like Stalin, right?

Arthur Nebe, commander of Einsatzgruppe B, was killing Jews left and right that summer of ’41. But he had misgivings, not about the killing, but about the feasibility of continuing the killing once the area was pacified. There’ll have to be a better solution than murder for the remaining Jews, he mused in a July 25, 1941, memo. There are too many of them in Belarus to kill. Mass deportation, Nebe noted, would be the only viable method of cleansing.

Some months later, Wilhelm Kube, generalkommissar of Belarus, voiced his own apprehensions regarding the Jews being sent to Minsk from the Reich. Yes, Kube confirmed, the Russian Jews needed to be killed; no dispute there. But the German and Austrian Jews being sent east were of “Germanic blood.” They looked, spoke, and acted German; some had even fought for Germany in WWI. They were, as Kube noted in December 1941, “of our kulturkreis,” unlike the “bestial native hordes.” Kill the Slavic Jews, sure. But hands off the ones that share our DNA!

The Nazis did not go into World War II planning to break that taboo. They were hesitant, in fact, and that’s the point. They knew there was a taboo, they knew there was a line, and their first instinct was not to cross it. But eventually they did, and we have to ask ourselves, what did they gain? Did they win the war? In fact, not only did they not win, but Himmler would rather sheepishly concede in 1944 that they’d made a major oopsie by killing so many Jews in 1942 that they now needed to import Jews from Hungary to fill the labor vacuum left by the mass killings.

That line-crossing will most likely haunt Germany until the end of time. I’m not saying it’s fair, but it’s fact. Say what you will about the exaggerations and unfounded claims associated with Holocaust history, and there are many, but the simple truth is, the Nazis did abandon their initial caution about “physical extermination,” and they paid the price. And generations of Germans have paid the price since. Germany as a nation continues to pay the price. That line-crossing profited no one at the time and has only caused harm since.

Here lieth the lesson for government officials and policy makers: Think carefully before crossing the lines that give reasonable men pause.

Now, some governments can not only cross but obliterate certain lines and totally get away with it. China’s a perfect example; the CCP has killed millions, and it keeps on killing. China gives hope to other dictators and demagogues. No tyrants, stormtroopers, or party functionaries commit transgressive acts expecting to end up swinging from a rope at a war-crimes trial, just like nobody robs a bank expecting to get caught. That’s just human nature.

The American politicians who’ve visited hell on this nation with the mass lockdowns, forced cessation of commerce, and eradication of livelihoods expect to get away with it. They envision a future for themselves in which they’re hailed as saviors, not condemned as monsters. Fifty years from now, they think they’ll be remembered as Mao is by Chinese communists, not as Hitler is by the world.

And if you think I’m comparing the lockdowns to the Holocaust, I am. Not in terms of loss of life, but in terms of a monumental line-crossing that can never be undone. The lockdowns have committed obscene violence against our rights and our Constitution. We are a changed people because of them. Yes, there have been previous mass infringements of liberties in the U.S., from Prohibition to Manzanar. But they always came down through channels. It’s telling that the same people who won’t allow a single Trump executive order to go into effect without running it past judge after judge after judge to test for “constitutionality” have suspended basic rights for a majority of Americans based on dubious proclamations from mayors and governors.

Funny how no one on the left wants to run the lockdown orders past a Hawaiian judge.

The most basic constitutional rights of worship and assembly (and other things the Founders didn’t think they’d have to enshrine, like the right to sit down and the right to leave one’s home barefaced) have been abrogated because some tin-pot state and local officials invoked the “cuz I sez so” rule. That’s a crossed line of dreadful magnitude. And just as with the Nazis, prior to crossing that line, the powers that be recognized the line, and respected it.

“Although the form of quarantine can vary, it always represents a significant deprivation of an individual’s liberty…. All other restraints on liberty undertaken in the name of public health are less restrictive (and often more effective) alternatives to quarantine…. In the nineteenth century, statutes did not require that any judicial order, nor any notice and hearing, accompany a quarantine…. Today, our jurisprudence is far more process-oriented.” That’s Northeastern University law professor Wendy Parmet back in 1985 assuring us that mass quarantines were outdated relics and besides, if they were ever tried in modern America, judges would have to sign off on them first.

I mean, it’s not like we’d ever leave that to mayors!

“Public health officials expect a U.S. quarantine today to almost always be voluntary, with incentives to cooperate.” That’s the AP from 2005, soothing us with the reassurance that any modern U.S. quarantine would of course be “voluntary.”

“We practice in this country quarantine every day. If a child gets the measles, their mothers are expected to keep them at home.” That was Health and Human Services Secretary Mike Leavitt, also in 2005. He said no mass quarantine would ever be any worse than this: “Authorities first might urge people to watch football on TV instead of at the stadium, and to avoid shopping malls. Then schools might close for a while. Then people might be told to postpone holidays or business trips, all steps to stem transmission by minimizing contact—but well short of compulsory quarantine.”

From Biosecurity and Bioterrorism (a peer-reviewed journal of the Center for Biosecurity at the University of Pittsburgh Medical Center), September 2006: “The negative consequences of large-scale quarantine are so extreme (forced confinement of sick people with the well; complete restriction of movement of large populations; difficulty in getting critical supplies, medicines, and food to people inside the quarantine zone) that this mitigation measure should be eliminated from serious consideration.”

Yes, let’s eliminate it from serious consideration. It could never happen here! And if that doesn’t put your worries to rest, allow Professor Michael Dorf of Cornell University Law School to set your mind even more at ease in this essay from 2014:

Government officials should not be permitted to issue quarantine orders without any judicial oversight. A person subject to quarantine—or given the numbers that could be involved, a class action representative suing on behalf of many people subject to quarantine—should be permitted to challenge the quarantine itself. Quarantine amounts to an extraordinarily serious limitation on liberty. Moreover, even a quarantine that is justified for purposes of preventing the spread of a disease to the general population can put the individuals subject to the quarantine at greater risk of becoming sick themselves—by concentrating them among others with a higher risk of being infected. Accordingly, judicial review of government officials’ claims that a quarantine is necessary to protect public health should not be a mere rubber stamp.

“Quarantine is rarely employed because it may unnecessarily restrict liberty and may spread disease to quarantined persons who were not actually exposed.” That’s CDC-trained epidemiologist Harry Hull (at the time the state epidemiologist for Minnesota and New Mexico) in 2014 also writing about the “rarely employed” thing that was just mass-employed by a bunch of murderous governors.

So many promises, so many assurances. It’ll never happen here. And if it does, it’ll be voluntary. No compulsory mass quarantine; just eliminate that possibility from consideration! And even if someone were to try it, there’d be judicial oversight aplenty; thorough oversight, not just rubber-stamping. And the sick will never be confined with the healthy. I mean, what are we, morons? Monsters?

Exactly 75 years ago to the day, the people of Germany ventured out into what remained of a once-thriving, powerful nation, as their deposed leaders, the ones who crossed the line they knew better than to cross, departed the world via their own hand or at the end of a rope.

We will not be so lucky. The people who brought us to ruin are still around, and still in charge.

And it’s going to take a lot of effort (more, I fear, than we may be willing or able to muster) to stop them from crossing that line again any damn time they see fit.