A Nation of Victims 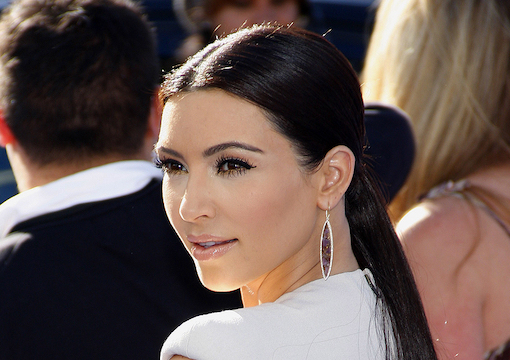 That Kim Kardashian dame being fined by the Securities and Exchange Commission for a “pump and dump” scheme should help add victimhood to her other assets. Everyone in this country revels in being a victim, or so it seems when watching the news or reading the papers. My Spectator colleague Jeremy Clark is as ill as it is possible to be, and what we get is his brave and wonderful column every week, never complaining about how unfair it is, but saying how lucky he feels to have Catriona taking care of him and so on.

I was telling a friend about this in a rather loud voice on purpose, hoping that some wise guy would take exception and confront me, but no such luck. Victims would rather cry than fight, and everyone here in the Bagel is a victim: rich, poor, black, white, man, woman, young, old. The latest victim is one Jamie Higgins, whose memoir of “Money and Misogyny at Goldman Sachs” I did not buy and will not read because it’s too ridiculous and boring.

So how do I know anything about her alleged victimhood? By reading a book review in a trash newspaper, that’s how. Higgins worked at Goldman Sachs from 1998 to 2016, a long enough time, I guess, for her to become a victim. She’s astonished to discover two colleagues having sex on the premises while she’s cramming for a presentation. This obviously must have been as traumatic an experience as that of 3 million German women being raped by Russians following Germany’s World War II defeat.

“Things have gotten so bad, even the Donald is now a victim.”

Higgins is the daughter of Italian immigrants, and Higgins not being as Italian a name as, say, Mussolini, I have absolutely no idea how she got it—marriage, I suppose—but it must have been as traumatizing as watching two colleagues getting it on during office hours. And it gets worse, more trauma and more victimhood. She finds cocaine in the office bathroom, something I have to admit would also traumatize me, and in fact has done so in the past. And there are crude jokes during the Christmas office party. God in heaven, that’s as traumatizing as discovering 25,000 murdered Polish officers in the Katyn forest. No wonder 32.8 percent of American adults in 2021 suffered from depression (this figure taken from Spectator World’s July 2022 issue). Crude jokes, coke in bathrooms, “writhing and moaning in the back of a car with an older executive”—if stuff like that is not victim-making, I don’t know what is.

Never mind. I’m also a victim, with my old friend Scott McConnell writing to The Spectator stating I scribbled an untruth. Why would I do that? I originally financed The American Conservative and gave equal one-third shares to Pat Buchanan, Scott, and myself. I wrote that Scott wished to distance himself from Pat. We argued over the telephone about it. Of course Scott liked Pat, but he also wanted to please the neocons, who saw Pat as the devil. Twenty years on it’s not important anymore, but it’s a Rashomon situation (a Japanese film with each character having a different version of true events).

The true victims are the Sacklers, whose name has been removed from the Victoria and Albert Museum Sackler Courtyard. The Sacklers are those nice guys who gave us OxyContin, caused 500,000 deaths, paid a couple of billion in fines, and kept 10 billion for themselves. Now, that’s what I call real victimhood. And it’s worse for men and boys in the Land of the Depraved, or so a new book and newspaper reports tell us. Political and economic decisions have made American life brutal for boys and men, thunders an asinine headline in the Bagel Times. Perhaps if American left-wing women would stop using the phrase “toxic masculinity” for everything that’s wrong on this planet, maybe the boys would not feel as vulnerable as they seem to at the moment. If American boys and men are in crisis and consider themselves victims, there is one sure way of rectifying all the harm: force strident left-wing women journalists to shut up, and presto.

Real victims such as those who paid exorbitant amounts for 1776, the revival of the wonderful 1969 musical about the birth of this nation, remain uncomplaining, but dumbfounded and confused. Women, transgender, and nonbinary actors are cast as the Founding Fathers, including a pregnant Thomas Jefferson. I am told a few of the small audience needed help after watching the play. Oh yes, also-ran beauties in the Miss USA beauty contest are also victims and crying rather loudly about it. The loss has left them humiliated, all fifty of them, but I’m glad Miss Texas won—it’s the best state in the union by far.

Again, never mind. Things have gotten so bad, even the Donald is now a victim. The Mar-a -Lago raid was banana republic stuff against him, and politically engineered. At dinner last week chez my friends Pepe and Emilia Fanjul I had a good chat with Blaine Trump, ex-wife of the Donald’s brother. Blaine is a nice woman who doesn’t stick the knife in. But she made it clear that the Donald does not take advice kindly. He listens only to his instincts, which would be fine if he were, say, Margaret Thatcher about the Falklands and the miners, or Ronald Reagan about the Soviet Union and the Cold War, but he’s not. They’re afraid of him and they won’t stop until they jail him.