A New Age of Hardship? 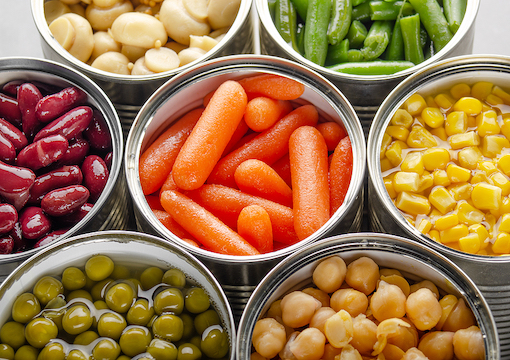 Never has the contrast between the scale of world events and my own little personal concerns been so great. While millions flee bombardment, and the world economy faces implosion, with all the hardship that such an implosion will inevitably bring in its wake, I do my exercises, twice a day for twenty minutes, to avoid the muscular stiffness and joint pains that a certain minor illness from which I have begun to suffer would otherwise cause. Furthermore, I anxiously taste the fish soup that I have just made to test whether it has enough salt (God forbid it should have too much, that would be an irrecoverable disaster). My life is composed of such pettinesses.

Of course, it wouldn’t help anyone very much if I desisted from my daily round. The bombardments and the fleeing would go on regardless. I learned, or taught myself, this lesson in personal insignificance early in my life when I was a horrible little child. I was told that I should eat up the food on my plate because there were hungry children in Africa. How, I asked, would it help them if I ate up? The potato left on my plate divided between the hungry children, even if it could be delivered to them, which seemed to be doubtful, would assuage their hunger not at all.

I realized only decades later that I was told to eat up not to help the children in Africa, but because I should not take the food on my plate for granted. It is difficult for people who have never known shortage to imagine it. But this was not explained to me at the time, and so I was pleased with my own smart reply.

“Anyway, it will probably all blow over. In the meantime, I must do my exercises.”

However, I learned another lesson from this. While the Bible tells us that a soft answer turneth away wrath, I discovered that a clever answer increaseth it, especially when it cometh from the mouth of a horrible little child. As the Bible goes on to tell us, grievous words stir up anger; and there are no words more grievous than those of a child who thinks himself clever.

In this connection, I remember an acquaintance of mine who was homeschooling his children. An inspector arrived at his house to check that he was really teaching his children: The bureaucracy does not like anyone to escape its clutches. The inspector, a woman, asked his 10-year-old daughter what she was reading.

“Oh, I hated that as a child,” said the inspector, no doubt in the hope of uncovering evidence of the father’s cruelty toward his daughter.

“I love it,” said the child. “I expect that’s because I’m more intelligent than you.”

To return to our subject, however, I did as a child listen to the story of a relative who had been a prisoner of the Japanese during the war. He had come near to starvation, and many of his fellow captives did in fact die of it. Even now, sixty years later, his story haunts me, though it took decades to explode in my mind, as it were. When, for example, I see a grain of rice on my plate—a single grain, isolated from everything else on the plate—I think of how precious he would have thought it, how it might once have been the difference between life and death, and I look on it with respect rather than disdain. The waste of food now appalls me; it is said that in Western countries, a third of food that is bought is thrown away.

As in many households, there is a difference of opinion in mine about how seriously to regard use-by dates on packages. My wife thinks that it is instant food poisoning to eat what is time-expired even by a day. I, by contrast, think that the whole time-expiry business is a racket, the equivalent of built-in obsolescence to keep everyone buying unnecessarily. We used to do entirely without such information, after all, and I never knew anyone to suffer from food poisoning. I refuse to play the supermarket’s game, though it does mean that I sometimes have to hide packaging from my wife. One day, no doubt, I may come to regret it: My meanness, masquerading as a virtuous hatred of waste, might be the death of us, especially as we are now older and frailer than we once were. As the Arabs used to say of their conflict with the Israelis, they have to win every time, while we have to win only once.

Could we be returning to an age of hardship? Real material hardship, I mean, not the kind of hardship that people delight to imagine themselves suffering from in order to give significance to their otherwise humdrum lives. For years, my financial adviser has been telling me that my old age is secure, but I never really believed him. The value of assets can melt away like snow in sunshine, and in certain cases assets can even become liabilities. War, inflation, economic depression, confiscatory taxes: There is no such thing as economic security.

At the outbreak of the Korean War, when rationing of some commodities was still in force in Britain, my father bought a large quantity of tinned fruit that he stored in the attic. He thought that there would soon be much more severe rationing.

About twelve years later, the tins began to explode, and for years after that I used to mock my father in my mind—never out loud—for his overcaution. Now, seventy years later, I find myself wondering whether I should lay in commodities like rice or barley, which will at least fill the stomach when everything else is scarce. But then I think that, if it were ever to come to the stage at which such stores were useful, the whole system of property would break down and my stores would not be safe from depredation. Moreover, there would be no fuel with which to cook them.

Anyway, it will probably all blow over. In the meantime, I must do my exercises. Apart from anything else, my wife bought me some dumbbells and now I must put them to use because, like Everest, they are there.