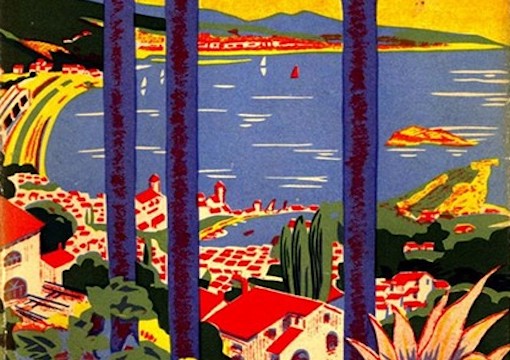 Tender is the Night, cover of the first edition

GSTAAD—This is my last week in the Alps and I’m trying to get it all in, skiing, cross-country, kickboxing, even some nature walking along a stream. (I did my last downhill run with Geoffrey Moore, one that ended in a collision with a child at the bottom of the mountain, and I’m thinking of calling it quits in downhill skiing for good.) The trouble with athletes is that early on we enact the destiny to which we are all subject, an early death. The death of sport talent is subtle. The eye goes first, followed by the loss of a step, and finally you feel like an old man not in the same league with your opponent. I was lucky to get old late—in sport, that is.

Presently, reading takes up lots of my time, whereas before it was sport and the pursuit of the fair sex. I mostly read history. I rarely read novels and for very good reasons. There’s nothing a novel can teach me nowadays because I’ve seen it all firsthand. And worse, because of my age and experience, at times I can feel the novelist straining, whereas in my teens, everything I read in fiction was new and believable. And novelists sure were glamorous back then, tough and terrific. In my young mind they were all heroes. They had no dandruff, they were not pallid, enfeebled weaklings, nor did they scribble neurotic reminiscences about their mother or about being sexually abused. Let’s take it from the start:

“Then it happened: I read Tender Is the Night at 15, and my whole life changed forever.”

After learning the Greek classics and myths as a boy, at 14 came The Catcher in the Rye. I was certain Holden Caulfield was based on me, as were another 300 boys in boarding school convinced that J.D. Salinger had somehow infiltrated their inner selves and consciousness and come up with Holden. It was a work of lasting value that confirmed to me that a novelist knew more about me than I did. The novel was a technical masterpiece with a very disturbing consciousness at its center. It is a truer book about adolescence than, say, David Copperfield, yet I never dreamt of catching children running in the fields of rye and saving them from falling over. Afterward I read From Here to Eternity, for the sex parts, but I also learned from it that duty and bullying are not confined to boarding schools. (Later on in life I interviewed and became friendly with author James Jones, a wonderful and very tortured man and tough guy.)

Then it happened: I read Tender Is the Night at 15, and my whole life changed forever. The glamour, decadence, beauty, and drama of Dick Diver’s life and that of his playground, the French Riviera, made up my mind once and for all. Those were the types of men and women I wanted to be with, and to hell with bores who went to the office and were respectable. Fitzgerald was my hero, and then I read Hemingway.

He courted danger, bedded beautiful women, drank, and got into fights. I read what grace under pressure meant when I discovered a short story by Papa, “The Short Happy Life of Francis Macomber.” I couldn’t wait for school to finish so I could hit the French Riviera and Paris, and I did. I also ran the bulls in Pamplona but never met Papa. The behavior of men under stress was an endlessly fascinating topic for Hemingway, and conquering one’s fears became all-important according to Papa’s dictums.

Me being bereft of purpose at 15 years of age, the novel became central in my life. John O’Hara’s Appointment in Samarra defined WASP America, their good manners and honorable behavior hiding their insecurities and uptightness. Just before being exiled to the Sudan and Egypt where my father had textile factories, I read Larry Durrell’s Alexandria Quartet, and never has an exile been more pleasant. I got to Alexandria ten years too late but still got a whiff of the decadence.

One night in New York I was introduced to a young novelist by the name of Norman Mailer. His novel An American Dream taught me to defy authority and to doubt experts. We stayed friends for the rest of his life, and I inherited his son Michael. I wrote a fan letter to Irwin Shaw and we skied and played tennis and discussed the Wehrmacht, which he had seen up close, and the heroism of certain units he had come up against toward the end. His Young Lions I had read and Christian Diestl had been my hero.

Three English friends who all committed suicide—Mark Watney, Dominic Elwes, and John Lucan—were straight out of Evelyn Waugh, but I learned more about the English from Anthony Powell’s Dance than from Waugh. And I still regret turning down an invitation to La Mauresque as a 20-year-old where I was to meet the great man Somerset Maugham. The invite was from a promiscuous homosexual and I was intimidated that the great man might try. I was a fool. Maugham is to me one of the best, and it is proof of how low our standards have fallen that he’s no longer relevant.

So there you have it, the education of a young man by proxy, if you will. I liked Nancy Mitford’s stuff but learned nothing I didn’t already know from it. The reason the young are such weenies today is the novels they read. Try some Hemingway, you weaklings.